To share your memory on the wall of Alfonso Lipawen, sign in using one of the following options:

His mother instilled in him the value of a good education, and despite a difficult childhood, he was able to put himself through college. He earned a Bachelor of Science degree in Electrical Engineering at MAPUA University (Institute of Technology, Architecture & Engineering) in Manila. His first job as an electrical engineer was with Meralco, the largest electrical distribution utility company in the Philippines.

In 1965, a group of engineers from Gilbert Associates, an engineering services firm in Reading, PA, visited Meralco. The opportunity for Alfonso to immigrate to the United States came when Gilbert Associates offered him a job as part of a one-year pilot program. In 1967, they made the position permanent, and for the next 30 years he was an electrical engineer with a specialty in building nuclear power plants. He was a part of multiple construction projects worldwide, and his assignments included Kansai (Japan) Electric Power Company, Korea Electric Company, McDonnell Douglas Astronautics Company, Virginia Electric Company, the US Air Force Ballistic Missile Office, and PP&L Electric Company in Allentown, PA. In February 1976, he was part of a team sent to the Ohi Nuclear Station in Japan to work with the Westinghouse Electric Corporation. Now married and with two children (five-month old Patrick and three-year old Mark), he brought his family, and they lived in Japan for the duration of the 18 month project.

Alfonso was a loving father who was active in their mental, physical, and spiritual upbringing. He also advised his sons in their schoolwork and class projects. He helped his son Mark attain the rank of Eagle Scout as a member of the local Boy Scout Troop 430. He played tennis with them until he developed tennis elbow. With careful financial planning, he was able to afford to send both of his sons to prestigious four-year universities.

He was a member of St. Margaret Church near downtown Reading before he was married. After he got married, he and his wife relocated to Spring Township and joined St. Ignatius Loyola Church in 1973. Their sons were baptized, confirmed, received first communion, attended CCD, and served as altar boys at St. Ignatius. He was active in volunteer work with his wife at the parish: they ran the Oriental Food stand during the summer parish festival for five years; they were committee members for the parish’s annual New Year’s Eve Party for five years; and then they helped organize the annual parish picnic at Green Valley Country Club for five years.

After he retired at the age of 65, he volunteered as a math tutor for the Reading Area Community College GED program for 15 years. He and his wife were volunteer tax preparers for the elderly and low-income families for 17 years. For the fun part of retired life, he and his wife traveled the world. They visited France, Russia, Rome, Hawaii, England, Scotland, Ireland, Alaska, and the Panama Canal, and they also sailed several east, west, and south Caribbean cruises with Royal Caribbean. Closer to home, they joined the local Fun N Friends Ballroom Dance club for five years.

In addition to his wife, Alfonso is survived by his two sons, Mark Michael of Panama City, FL, married to Bridget (King) and Patrick Joseph of Clifton Heights, PA. Other survivors are his sister Bella C., widow of Guillermo Valeña, of Columbia, SC, and his nieces, Michelle V. of Newport News, VA, married to Dr. John Brady, and Myra V. of Boston, MA, married to Scott Padgett. There are four grandnephews, two grandnieces and two step-granddaughters.

A viewing will be held at St. Ignatius Loyola Church in Sinking Spring, PA on Wednesday, February 10 at 9:00 a.m., followed by a Mass of Christian burial at 10:00 a.m., also at St. Ignatius. Please wear a mask and follow social-distancing guidelines. The public is invited to livestream the viewing and Mass by going to www.kuhnfuneralhomes.com. Click on Alfonso’s obituary, click on Photos & Videos, and then click on Watch Webcast. Entombment will be in a mausoleum at Gethsemane Cemetery. In lieu of flowers, contributions can be made to the McGlinn Cancer Institute at Reading Hospital/Tower Health and St. Ignatius Loyola Church. The Edward J. Kuhn Funeral Home, West Reading, is assisting with arrangements.
Read Less

Receive notifications about information and event scheduling for Alfonso

We encourage you to share your most beloved memories of Alfonso here, so that the family and other loved ones can always see it. You can upload cherished photographs, or share your favorite stories, and can even comment on those shared by others.

Tom McMahon, Dom & Charit Ramos & Family, and other have sent flowers to the family of Alfonso C. Lipawen.
Show you care by sending flowers

Posted Feb 10, 2021 at 11:27am
We will miss you. Our prayers to the family. May perpetual light shine upon you.
Dom and Charit
Comment Share
Share via:
GL

Thank you Dom & Charit. Mark, Patrick and I are comforted by your condolence and prayers.

Posted Feb 09, 2021 at 07:27pm
Our deepest sympathy and condolences to you Gia and your family. Our thoughts and prayers are with you. May Al rest in peace.

Thank you Robby, Lina, Nelly and family for your comforting condolonces. Also thank you Robby for coming to the viewing at St. Ignatius Church. I will be mailing thank you cards in two weeks or so.
RB

Posted Feb 09, 2021 at 03:19pm
Al Lipawen is a man your are glad you met in your walk through life. A calm, reassuring, sensitive, intelligent gentleman, who always had a good word to say. We first met Al at Berks Encore where, for several years we struggled together to learn ballroom dances. Our many evenings dining and dancing with Al & Guia with the Fun "N Friends Dance Club are some of our fondest memories. We will continue to pray for you and the family during difficult time.
Roy & Sandy Bradley
Comment Share
Share via:
GL

Thank you Roy and Sandy for sharing fond memories of Al and me. Thank too for coming to Al's viewing and Mass. I will be mailing Thank you cards in two weeks or so.
TM

Posted Feb 08, 2021 at 02:41pm
Dear Guia, Mark and Patrick......I was so sorry to hear of the passing of Al; he was a colleague with me at Gilbert Associates, where we worked together on the design of nuclear power plants. Pat and I were honored to be present at the wedding of Al and Guia so many years ago. Al was one of the finest gentlemen I ever worked with as an engineer, always upbeat and helpful no matter what the issue was. Gilbert was lucky to have such people as Al working for them, and our team of electrical engineers was better because of Al being part of it. He will always be missed by those who worked with him. He loved his family very much and was always willing to share a story....may God bless him and those who he touched in this life.
Tom McMahon
Comment Share
Share via:
GL

Thank you Tom for being Al's Best Man, best friend, best boss at Gilbert Associates. Your account of him is very touching. We attended your first inauguration as mayor of Reading. Al had fond memories of your "adventures". Thank you for the beautiful red roses and most of all, planting a tree in his honor.
TM

Posted Feb 08, 2021 at 01:50pm
We pray the love of God enfolds you during your journey through grief. Al was one of Gods finest. 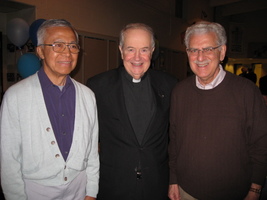 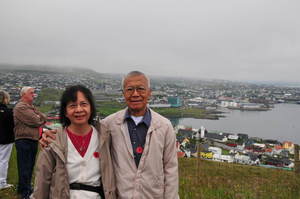 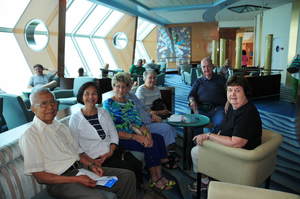