To share your memory on the wall of Anna Klix, sign in using one of the following options:

Provide comfort for the family by sending flowers or planting a tree in memory of Anna Klix.

Provide comfort for the family of Anna Klix with a meaningful gesture of sympathy.

For 25 years, Anna worked at Hoffman Industry as a steel worker before retiring in 1994. It was here that she met her husband, Robert. They would marry in 1987.

Anna was a member of St. John Baptist de la Salle R.C. Church. After her retirement, she began to volunteer as a cafeteria aid at La Salle Academy, and she remained a dedicated volunteer for 10 years. She was strong and independent for a woman of her time, and she was always extremely loving and kind. Everyone who met her considered her a warm and grandmotherly figure.

A Mass of Christian Burial will be celebrated on Thursday, January 7, 2020 at 10:00 AM at St. John Baptist de la Salle Roman Catholic Church, 42 Kerrick Rd, Shillington, with burial to follow at Gethsemane Cemetery, Laureldale. Viewing will be at the church from 9:30 AM until the start of Mass. The Edward J. Kuhn Funeral Home, Inc, is entrusted with arrangements. Condolences may be expressed at www.kuhnfuneralhomes.com.

Receive notifications about information and event scheduling for Anna 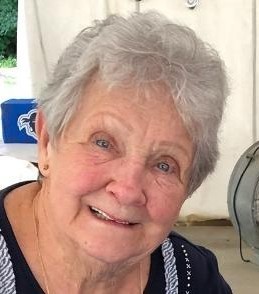 We encourage you to share any memorable photos or stories about Anna. All tributes placed on and purchased through this memorial website will remain on in perpetuity for generations.

Eternal Rest Grant Unto Her Oh Lord and Let Perpetual Light Shine Upon Her in Heaven with ALL Her Loved Ones. God Bless and Comfort Her Family.
Your Kindnesses and Cheery Smile Will Be Missed, Anna.
The Landis and Hoster Families
Comment | Share Posted Jan 05, 2021 at 01:23am via Condolence