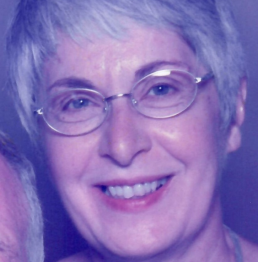 Born in Jeanette, PA, she was the daughter of the late Edmund and Viola (Buck) Hebrank. Carole met Jack at the age of 13 while attending Jeanette High School. At 19 Carole left her parents, traveled to England to join Jack where he was stationed and married him in 1955. She was employed as an executive secretary for numerous manufacturing companies over the years including Pirod Inc, Plymouth, IN.

Carole was preceded by a daughter, Melissa Ross, a granddaughter, Katie Ross, and two siblings, Lorena Mazer and Jim Hebrank.

Edward J. Kuhn Funeral Home Inc, West Reading is in charge of arrangements. Condolences may be expressed at kuhnfuneralhomes.com.