To share your memory on the wall of Charles Ganis, sign in using one of the following options:

Provide comfort for the family by sending flowers or planting a tree in memory of Charles Ganis.

Provide comfort for the family of Charles Ganis with a meaningful gesture of sympathy.

Obituary for Charles A. Ganis

Charles Aloysius. Ganis (Chilla) passed away peacefully early in the morning of January 25, 2021, due to natural causes.

He was born April 4, 1927, in New Philadelphia, PA to Charles and Helen (Kasper) Ganis. He grew up in New Philadelp... Read More
Charles Aloysius. Ganis (Chilla) passed away peacefully early in the morning of January 25, 2021, due to natural causes.

He was born April 4, 1927, in New Philadelphia, PA to Charles and Helen (Kasper) Ganis. He grew up in New Philadelphia, PA. He was a member of Sacred Heart Roman Catholic Church and attended its grade school. Charlie was a 1945 graduate of Blythe Township High School. Following a March graduation, he served as a crewman on the Liberty ship USS Kenmore in the U.S. Navy in the Pacific Theater.

Charlie married Alice Piaskowski in November 1955 at St. Anne’s Catholic Church in Frackville, PA. They lived in New Philadelphia for a short time before moving to Laureldale, PA and subsequently Riverview Park. They are long time members of Holy Guardian Angels Church.

Charlie enjoyed many years attending polka dances and festivals with his wife Alice nearly every weekend. He was a lifelong fan of Notre Dame football.

Charlie worked for over forty years as a welder and steelworker at Parish Pressed Steel / Dana Corporation in Reading. Following his retirement in 1990, he worked three days a week for over seventeen years at the antiques dealer, Fred and Dottie’s, in Douglasville, PA

In addition to Alice, his wife of over 65 years, he is survived by his son, Mark Ganis of Riverview Park, daughter Diane Davis, of Kirkland, WA, daughter Sheryl Zerbe of Concord, NC, grandson Austin Davis, and granddaughter Aleigha Zerbe. He is also survived by a sister, Marie Margle of Columbia, SC, and a cousin Edward Kasper of Falls Church, VA, who was raised in the same household. He was predeceased by a brother Edward Ganis, who was an early casualty of the Korean War, and a brother Francis Ganis of Hyde Park, PA.

A Mass of Resurrection will be held at Holy Guardian Angels Catholic Church, 3121 Kutztown Road, Reading, PA 19605 at 12 p.m. on Thursday, February 4. A viewing will be held in church for an hour prior to the start of mass. A viewing will be held from 6–8 p.m. on Wednesday, February 3, at the Kuhn Funeral Home in Temple. Interrment is at Gethsemane Cemetery in Laureldale, PA. Instead of flowers, please make contributions to Holy Guardian Angels Church. Condolences may be expressed at the Kuhn Funeral Home website, www.kuhnfuneralhomes.com. 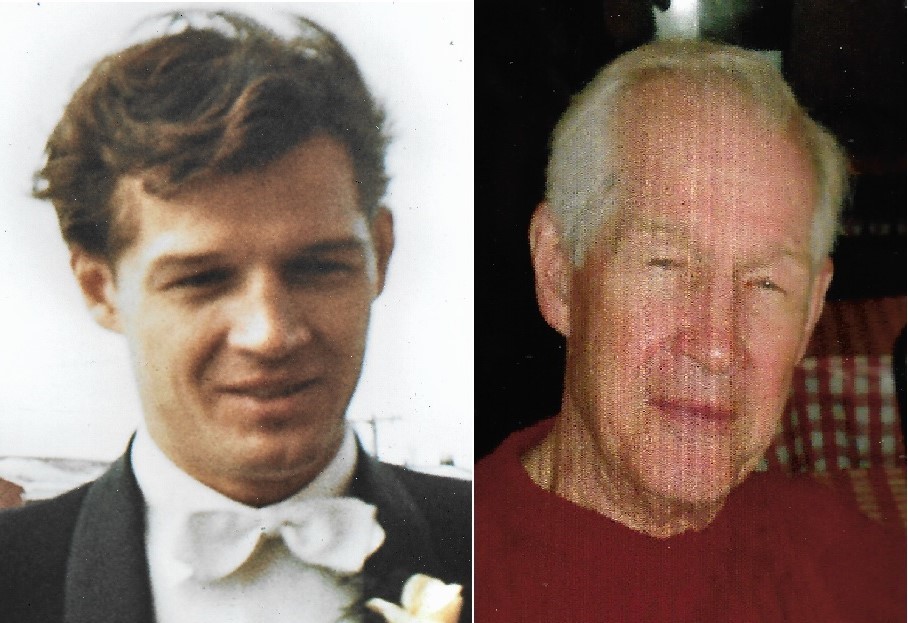 Bill & Sandy Mullins and NC Executive Directors sent flowers to the family of Charles A. Ganis.
Show you care by sending flowers
Hand delivered by a local florist

Bill & Sandy Mullins and NC Executive Directors sent flowers to the family of Charles A. Ganis.
Show you care by sending flowers
Hand delivered by a local florist
TT

Our deepest sympathies to the whole Ganis family.

My favorite uncle had a fantastic sense of humor. He was well known for his ability to turn a phrase in a most witty and memorable manner. We already miss him.
Comment | Share Posted Feb 02, 2021 at 08:43pm via Condolence
BM

Thinking of all of you. All our love,

Our thoughts & prayers are with you and your family during this difficult time. With warmest condolences, your NC work family.

NC Executive Directors purchased the The FTD Treasured Tribute Wreath and planted a memorial tree for the family of Charles Ganis.
Order Now | Show All
Comment | Share Posted Jan 27, 2021 at 10:44am via Floral Arrangements