To share your memory on the wall of Constantine \"Gus\" Stevens, sign in using one of the following options:

Print
Constantine Gus Stevens, 94, passed away peacefully, at the Reading Hospital on Valentine's Day; Sunday, February 14, 2021. In the loving arms of his wife of forty-three years, Shirley M. (Kranis) Stevens, and with his stepson, Albert.

... Read More
Constantine Gus Stevens, 94, passed away peacefully, at the Reading Hospital on Valentine's Day; Sunday, February 14, 2021. In the loving arms of his wife of forty-three years, Shirley M. (Kranis) Stevens, and with his stepson, Albert.

Born in Reading, on August 14, 1926, he was the son of the late George and Foto (Antenna) Stevens of Mytelene, Greece and Reading, PA.

Gus was a member of Sts. Constantine and Helen Greek Orthodox Church.

He was a 1944 graduate of Reading High School. He proudly served in the United States Navy during World War II in the South Pacific. After retiring from the Navy Gus attended Penn State University, Kutztown University and Albright College.

Gus was employed by Graybar Electric Co. and Power Electric Co. He later served as Executive Director of the Reading Model Cities for several years. During this time he was also chairman of the Reading Housing Authority and was influential in the redevelopment of downtown Reading. He later worked for Gus Yatron in his Pottsville office. After relocating to Forth Worth, TX in 1980, he was employed by the U.S. Housing and Urban Development (HUD) as a redevelopment specialist. During this time Gus was also union president of the American Federation of Government Employees (AFGE). Gus then retired in 1998 and returned to Reading, PA.

He was a 50 year member of the R.W. Grand Lodge of Free & Accepted Masons of PA.

Gus was known throughout his life for his sense of humor, kindness, and generosity. He enjoyed fine art, reading, politics, good wine, cooking, and all things Greek. (Zorba The Greek) Gus was loved by many. His kitchen and home were filled with family and friends, love, good food, and laughter, which mimicked his proud Greek heritage. The highlight of his life was his wife Shirley and their beautiful grandchildren, Dylan and Jacqueline, and the life they shared together.

Services will be held Monday, February 22, 2021, at 11:30 AM at Sts. Constantine and Helen Greek Orthodox Church, 1001 East Wyomissing Blvd., Reading, PA 19611 with burial to follow at Charles Evans Cemetery. A viewing will be held from 10:00 AM to 11:30 AM at the church. Contributions may be made to Sts. Constantine and Helen Greek Orthodox Church at the above address. Edward J. Kuhn Funeral Home, Inc, 739 Penn Avenue, West Reading is honored to assist Gus' family. Condolences may be expressed at www.kuhnfuneralhomes.com.
Read Less

We encourage you to share your most beloved memories of Constantine "Gus" Stevens here, so that the family and other loved ones can always see it. You can upload cherished photographs, or share your favorite stories, and can even comment on those shared by others.

Posted Feb 25, 2021 at 04:34pm
During my early working years, a business trip took me to Dallas, Texas. When I told my father where I was going, he gave me the phone number for Gus and said to give him a call, which I did. Gus was living in Fort Worth at the time. Well, we met one night in Fort Worth and Gus took me to the historic district called the Stockyards. where he bought me the biggest steak dinner I ever had ! ( and plenty of drinks too !! )
Gary Lucchese

Posted Feb 22, 2021 at 03:15am
Shirley, everyone Gus met was left with a remarkable and lasting impression of a man that was larger than life. Jason, Zack and I send our heartfelt condolences to you and the family. A huge void has been left for certain, but we hope that time and the comfort of knowing you cared for him in the best way possible when he needed you most brings some comfort, as well as reminiscing of laughs, parties & "Gus" stories which are so plentiful. We love you and are so thankful Gus had his angel, Shirley, by his side every step of the way.
Comment Share
Share via:
JM

Posted Feb 18, 2021 at 05:50pm
Shirley, We are so sad to learn of Gus's passing. Please know that you and the boys are in our continued prayers during this difficult and trying time. We are unable to attend the service due to health issues but you are certainly mentioned in our daily prayers. Shirley, if there is anything we can do at all please know you can count on us as we are here for you. Gus I'm sure is up there cooking up a feast for all the takers of his fine cuisines. With all our love Jim & MaryAnn Murray
Comment Share
Share via: 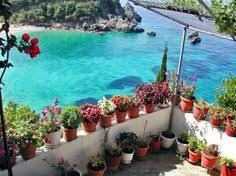 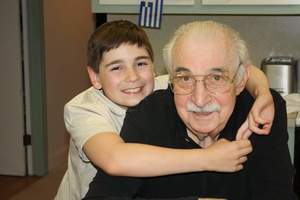