To share your memory on the wall of Danny Gilmore, sign in using one of the following options:

Provide comfort for the family by sending flowers or planting a tree in memory of Danny Gilmore.

Provide comfort for the family of Danny Gilmore with a meaningful gesture of sympathy.

He was the loving husband of Jessica Cornelia (Richardson) Gilmore. Married on December 30, 1966 they celebrated 54 years of ... Read More
Danny Charles Gilmore, Sr., 73, of Muhlenberg Twp. passed away on January 18, 2021, at Hershey Medical Center.

He was the loving husband of Jessica Cornelia (Richardson) Gilmore. Married on December 30, 1966 they celebrated 54 years of marriage together.

Born in Reading he was the son of the late Milton and Lillian (Stewart) Gilmore. He was also predeceased by four siblings: Susan (Eddie), Nellie Singleton, Leon (Shirley of Houston, TX), and Joseph (Maxine).

He was a graduate of Reading High School in 1965 where he was an outstanding athlete, playing multiple sports. In 1966 he enlisted in the U.S. Army and served during the Vietnam War.

Danny was a supervisor for the Garden State Tannery, Reading, retiring in 2005. After retirement he worked part-time as a dispatcher for AAA in Wyomissing.

He was one of the original members of the Iron Men Athletic Association. Danny coached basketball at Cabrini Academy with Robert Flowers, where they coached for several years. Danny also coached football for the Northwest Athletic Association. He served as a mentor to many throughout his life especially through coaching youth. Most importantly, he loved to be with his family especially during the holidays.

There will be a public viewing on Friday, January 29, 2021, from 9 to 11 a.m. at St. John's Missionary Baptist Church, 436 South 7th Street, Reading. A Going Home Celebration of Danny's Life will be private on Friday, January 29, 2021, at 11 a.m. with private burial to follow at Forest Hills Memorial Park. All services will be webcast on Danny's page of the Kuhn website. In lieu of flowers, contributions may be made to American Cancer Society in Danny’s name (donate3.cancer.org). Edward J. Kuhn Funeral Home, Inc., West Reading is honored to serve the Gilmore family. Condolences may be expressed at www.kuhnfuneralhomes.com.

Receive notifications about information and event scheduling for Danny 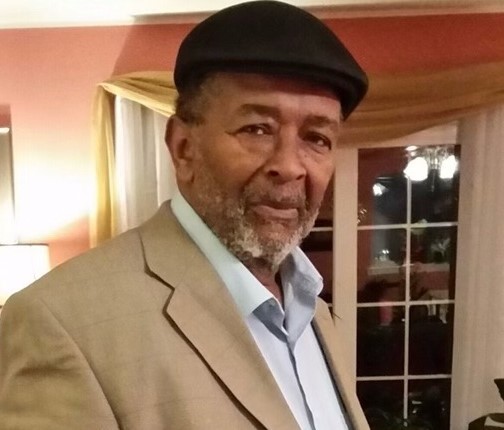 We encourage you to share any memorable photos or stories about Danny. All tributes placed on and purchased through this memorial website will remain on in perpetuity for generations.

Let these trees grow as magnificently as Dan's life of service and supply the oxygen to the world to keep all he loves alive.

My deepest sympathy for the family when I moved to Reading 50 years ago Danny and Jessica was the first one to invite us to dinner on Buttonwood St. We been friends ever since. Love you all. Danny I will see you on the other side R.I.P. ❤️❤️😢😢
Comment | Share Posted Jan 29, 2021 at 12:47pm via Condolence

I worked with Danny at the tannery. He was one of the finest of the fine. Always helpful to me. He was friendlya and not afraid to dig into a problem. You can be very proud of his life and memories H
Comment | Share Posted Jan 27, 2021 at 10:16am via Condolence
J

Gilmore family, Please accept my condolences on the passing of Danny. We grew up and went to school together. He was a good kid and an even better man. He gave me my first taste of his mothers "sweet potato pie". I hated sweet potatoes, but he said "You"ll love this". I've been eating it ever since! There goes another classy human being to Heaven. Rest in peace my friend! My prayers to you and your family. Jim Murray
Comment | Share Posted Jan 25, 2021 at 08:58am via Condolence