To share your memory on the wall of David Fahrenholt, sign in using one of the following options:

Print
David J. Fahrenholt, 77, of Wyomissing, passed away the afternoon of Saturday, May 8, 2021 in the care of Reading Hospital. Born in West Reading, he was the son of the late William A. and Mildred (Egolf) Fahrenholt.

David graduated from... Read More
David J. Fahrenholt, 77, of Wyomissing, passed away the afternoon of Saturday, May 8, 2021 in the care of Reading Hospital. Born in West Reading, he was the son of the late William A. and Mildred (Egolf) Fahrenholt.

David graduated from Wyomissing High School in 1961, received his Bachelor’s in Civil Engineering from Purdue University in 1965, and earned his Master’s in Business Administration from Cornell in 1971. Before undergoing his graduate work, David served his country honorably as a Navy Engineer in Vietnam, earning a National Defense Service Medal, and was discharged as a Full Lieutenant.

He was the District Vice President and General Manager of Apex Safety, from 1979 until 1981. From 1982 until 1985, David acted as the Director of Marketing and Sales for PA Optical. In 1985, David became the owner and CEO of Gormley Fire and Safety, from where he retired in 2003. Not content to be idle, David continued working for various retail businesses in the Reading Area for the next few years.

David served as Director and Vice President of the West Reading and Wyomissing Rotary Club, was a member of the Reading Chapter of the Sales and Marketing Executives Club, and an active member of the Chamber of Commerce and Manufacturers Association of Berks County.

From the time he was a child and well into his adult life, David treasured family vacations to the Adirondacks in New York.

He was a member of Bausman Memorial United Church of Christ.

David’s memory will be treasured by his daughters, Lisa H. Fahrenholt (Samuel Harowitz) of Los Angeles and Amy E. Pannepacker (Brig Pannepacker) of Barto, and his step son, Brian J. Rodriguez of Boulder, CO. His is also survived by his grandchildren, Ryder Pannepacker and Millie and Trudy Harowitz.

Memorial services for David will be held on Wednesday, May 12, 2021 at 11:00 AM at Bausman Memorial United Church of Christ, 1064 Penn Ave, Wyomissing, PA 19610 with Pastor Mark Johnson as officiant, and burial and military honors to follow at Laureldale cemetery. Friends may gather at the church from 10 am until the start of services. Edward J. Kuhn Funeral Home, Inc., is entrusted with arrangements. Condolences may be expressed and a livestream of services available at www.kuhnfuneralhomes.com.
Read Less

Posted May 10, 2021 at 10:19pm
David is our new friend from Church. He was a special person who enjoyed friends and always was pleasant when we drove him to Church even though he often was ill. Please accept our sincere sympathy. 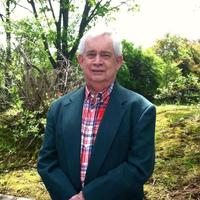