To share your memory on the wall of David Riegel, sign in using one of the following options:

Provide comfort for the family by sending flowers or planting a tree in memory of David Riegel.

Provide comfort for the family of David Riegel with a meaningful gesture of sympathy.

He was an avid sports fan. Phillies, Sixers, Penn State football, and Eagles being his favorite. After the Eagles Super Bowl win he not so jokingly said, “I can now die in peace!”

He worked hard and played even harder with few regrets. Dave’s close friends all know his motto, “I don’t give a _ and _ you if you don’t like it!!!”

Dave suggests to his friends, go out and have a couple in his memory and look either up or down depending on where you think he may have ended up!

Services are private at the convenience of his family. Edward J. Kuhn Funeral Home, Inc., entrusted with arrangements. Condolences may be expressed at kuhnfuneralhomes.com. 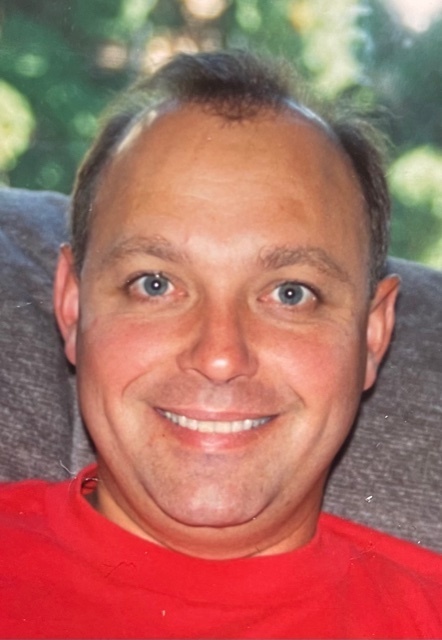 We encourage you to share any memorable photos or stories about David. All tributes placed on and purchased through this memorial website will remain on in perpetuity for generations.

Dave, rest in peace pal, you were a true classic in every sense. Lots of good memories! I will be honored to have a few in your memory!!

Very sorry to hear about Dave's (the Beag) passing. I will have a couple in his memory and will definitely be looking up.
Comment | Share Posted Mar 05, 2021 at 09:22am via Condolence
GS

Sorry to read about Dave's passing. Have not seen him for quite a few years. Knew him through family and would see him at Birdsboro Sportsman Club. Always had a nice smile and enjoyed talking to him. He will live in your hearts forever.
Comment | Share Posted Mar 04, 2021 at 03:28pm via Condolence
NS

It doesn't matter if you knew it was coming it hurts just as bad. Dave was one of those people you couldn't help but like since he was so kind and upbeat most all the time. He loved his family, especially his grandkids and his friends who loved him back. It showed by the fact that he still had so many of the same friends since he was young. He will be so missed by them all.
Comment | Share Posted Mar 04, 2021 at 07:46am via Condolence