To share your memory on the wall of Donald van Roden, sign in using one of the following options:

Provide comfort for the family by sending flowers or planting a tree in memory of Donald van Roden.

Provide comfort for the family of Donald van Roden with a meaningful gesture of sympathy.

Donald van Roden, 96, of Wyomissing, PA, passed away peacefully on December 18, 2020, at his residence at The Highlands.

Born in Philadelphia, Don was the son of the late Clarence and Winifred van Roden. He graduated in 1942 from the Ep... Read More
Donald van Roden, 96, of Wyomissing, PA, passed away peacefully on December 18, 2020, at his residence at The Highlands.

Born in Philadelphia, Don was the son of the late Clarence and Winifred van Roden. He graduated in 1942 from the Episcopal Academy in suburban Philadelphia and, years later, served on their Board of Directors, which he chaired from 1984-1988.

Early in 1943 he enlisted in the U.S. Army, did basic training in the mule pack artillery, and then, shortly after D-day, served with the 104th Infantry Division in the European Theater of Operations until the end of the war. When war in Europe ended, the Division commenced amphibian training to invade Japan.

After the war Don attended Lehigh University, graduating with a Bachelor’s in Business Administration in 1948. That same year he began his career with SmithKline Beckman Corporation, the pharmaceutical company, in Philadelphia, where he served in marketing, sales, administration, and management for 39 years, including nine years as President of the Pharmaceutical Division.

Don served on SmithKline’s Board of Directors from 1969-1987 and retired with the title of Vice Chairman. He also served ten years on the Board of the Pharmaceutical Manufacturers Association. Other board service included the Temple University Hospital, the National Fund for Medical Education, AAA Mid-Atlantic, and Chair of the RBB Fund, a division of PNC Bank.

He moved to Wyomissing from the Philadelphia suburbs in 1986, when he married Joanne Davis, who passed away in April 2020. She and her late husband were friends of Don and his former wife at their mutual retreat in the Poconos, the Forest Lake Club.

His retirement years in the Reading area were busy with volunteer involvements and recreation. He served on the Wyomissing Borough Council and Planning Commission, helped initiate the Berks County Community Foundation and chaired its board in the early years, served as Treasurer on the Reading Area Community College Foundation Board and co-chaired its Yocum Library campaign. Don continued to be a supporter of several local organizations, including the United Way of Berks County and their important local work.

Don was a member of Atonement Lutheran Church in Wyomissing, chaired its Council for a term and co-chaired the effort to build its new church in the mid 90’s. The church gave him a great sense of community, providing a host of new friends who enriched his senior years.

In addition to his abiding interest in supporting those in need, Don enjoyed travel and recreation, mainly tennis, golf, fishing, and hiking, all of which he pursued happily at the Forest Lake Club.

He often said that happiness in life comes from peace of mind and fulfillment, both of which he achieved, and he took great pleasure in knowing his children had made their way well in the world. He and Joanne blended two families into a much richer, loving whole. He was the consummate gentleman, dear father and husband, encouraging mentor and friend to many.

The family wishes to express their utmost gratitude to the staff at The Highlands for their compassionate care of Don.

In lieu of flowers, please consider offering contributions in Don’s name to The United Way of Berks County or the Centennial Fund of the Forest Lake Club.

Services for Don will be held at a later date. Condolences, tributes, and fond memories may be expressed through The Edward J. Kuhn Funeral Home at www.kuhnfuneralhomes.com.

Receive notifications about information and event scheduling for Donald 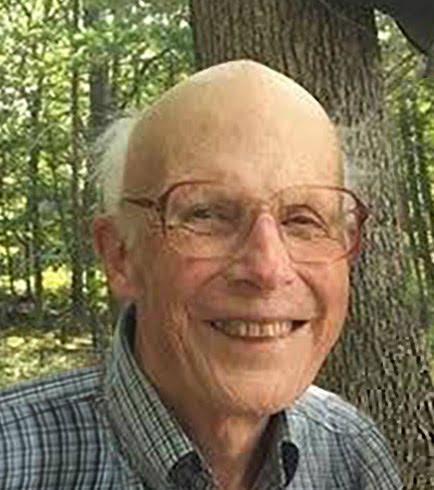 We encourage you to share any memorable photos or stories about Donald. All tributes placed on and purchased through this memorial website will remain on in perpetuity for generations.

Don and I worked together on the RACC capital campaign for money to build the Yocum Library. He was always encouraging and had lots of expertise. I later knew him when I worked at The Highlands. He was special and it was enriching to know and work with him.
Comment | Share Posted Dec 30, 2020 at 11:45am via Condolence
JR

To Don’s family, your dad was a patient at the dental office; & as a dental hygienist, I saw him regularly. His personality was so caring about our staff. He always had a smile on his face & cared about people. We had many interesting discussions & laughs. He will be missed by all who knew him as will his kindness! MaryGrace Rugh
Comment | Share Posted Dec 29, 2020 at 11:05am via Condolence
JR

Our condolences on the passing of your father/step father. Don was such a wonderful friend and the consummate gentleman. We so much enjoyed seeing him at Forest Lake and in Wyomissing.

We will make a contribution in memory of Joanne and Don to The Forest Lake Centennial Trust.