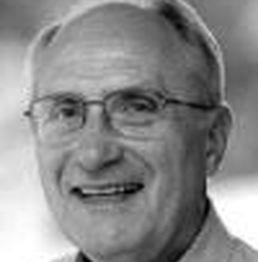 Donald B. Wise, 89, passed away on Wednesday, June 22, 2022. He was the beloved husband of Kathryn “Kitty” Wise, sharing fifty two wonderful years of marriage together.

Born in Reading, PA, he was the son of the late Marie K. (Seiling) and Edward J. Wise. Don was a proud member of the “13th Street Drug Store Gang”, a unique group of people that completed all of their formal education on 13th Street in Reading. Don attended 13th and Union Elementary School, Northeast Middle School, Reading High School, and Albright College. Don’s graduate work was also completed through a cooperative between Albright College and Temple University.

Donald served in the United States Air Force during the Korean Conflict. He was a member of the 148th Fighter Squadron. Donald’s civilian career included highlights at Western Electric, IBM, and Metropolitan Edison. He finished his working career as the Director of Information Services at GPU Energy.

Don was passionate about playing golf and following local sports. He enjoyed visiting friends and family in Scottsdale, AZ and Hilton Head Island, SC. Don managed and promoted Kitty Wise Music and greatly enjoyed the pre show set up as well as supporting Kitty during her performances.

In addition to his wife, Kitty, Donald is survived by his children: Terry Wise, Jill Nelson (Charles), and Michael Wise; his niece Carol Anderson and brother-in-law David Giles (Sally). He is also survived by his grandchildren: Brian, Christopher, Michelle, and Nicole; and his great-grandchildren: Arthur, Eleanor, Mason, and Evan.

Donald was predeceased by his brother, Forrest “Fob” Wise.

Funeral services will be held Monday, June 27, 2022 at 11:00 a.m. at Edward J. Kuhn Funeral Home, West Reading with burial to follow at Pleasant View Cemetery. A viewing will be held from 10:00 a.m. until the time of service.

In lieu of flowers, the family will greatly appreciate charitable contributions made to one of the several notable Parkinson’s Disease research organizations in hopes of helping others living with this disease.

Condolences may be expressed at kuhnfuneralhomes.com.