To share your memory on the wall of Edward Taggert, sign in using one of the following options:

Provide comfort for the family by sending flowers or planting a tree in memory of Edward Taggert.

Provide comfort for the family of Edward Taggert with a meaningful gesture of sympathy.

Obituary for Edward A. Taggert

Edward A. Taggert, 97, formerly of Wyomissing, passed away in Pottstown Hospital on Sunday, December 27, 2020. He currently resided at Keystone Villa at Douglassville.

His wife, Mary R. (McFadden) Taggert, passed away on May 17, 2018.
Edward A. Taggert, 97, formerly of Wyomissing, passed away in Pottstown Hospital on Sunday, December 27, 2020. He currently resided at Keystone Villa at Douglassville.

Born in Philadelphia, Ed was the son of the late William E. and Emma (Haller) Taggert.

Ed retired in 1988 as Editor-in-Chief of The Reading Eagle and Reading Times newspapers, where he worked for 33 years. He was also the author of several books.

Ed graduated from Northeast Public High School in Philadelphia and was always anxious to compete in sports, winning All-Star honors with the Oaklane Yellowjackets in the Pop Warner Conference. He joined the US Army two months after the outbreak of WWII, serving with the Americal Division during the Guadalcanal, Bougainville and Phillippine campaigns in the artillery. While in Bougainville, he played with the Americal Division six-man football team on a field that the Army engineers had cleared in the jungle. On Christmas Day 1944, the Division team beat the Navy, 21-0, before a crowd of 5,000 servicemen.

In 1945, he entered the then Pennsylvania State College on the GI Bill. He switched his major from physical education to journalism because of lingering bouts of malaria contracted in the South Pacific. Ed was a goalie on the 1948 Nittany Lions soccer team in his senior year, and for two years he was the college intermural handball singles and doubles champion.

After graduating from Penn State in 1949, Ed worked as a reporter for the Williamsport Gazette. He also filled in on weekends at the Grit, Williamsport's popular weekly newspaper. Moving to Pottstown in 1952, he was sports editor of the Pottstown Mercury for more than three years. In 1956, he started his 33-year career with the Reading Eagle Company newspapers. In 1982, he was named Managing Editor of the Reading Times, and later became Editor-in-Chief of the Times, Eagle and Sunday Eagle.

In retirement, Ed continued to write and to volunteer. He was one of the founders of Talkline, a telephone service made available to troubled youngsters seeking answers to their unique problems. Ed solicited donations and served as a listener for three years until his artillery-damaged hearing hindered his ability to understand his young callers. He served on the Berks County Library Board for a few years, as both a part-time worker and volunteer, and he also served on the staff of BCTV.

Ed's first attempt as an author resulted in his first book, "His Long Day in Court" about a long-running murder case that was published by the Reading Eagle Company. His next book, "Bootlegger," was a biography of Max Hassel, Reading's legendary bootlegger during Prohibition.

Having worked as a police reporter from 1956 through 1963, Ed had a front-row seat to the corrupt politics that resulted in Reading being dubbed "Sin City." His third book, "When the Rackets Reigned," covered that era.

In "More Tales of the South Pacific," Ed recounts his own war experiences as a young GI who returns from a four-day patrol in the jungle to a 21st birthday party. The party was arranged by Ed’s mother who worked for the Red Cross in Philadelphia while her husband and two sons served in the military.

Ed enjoyed reading, writing, travelling, playing sports, painting portraits, playing golf and his friendships with his newspaper colleagues. He was an avid fan of all Philadelphia sports teams. His greatest joy was spending time with his wife Mary and their large blended family.

Mary and Ed brought seven children into their second marriages. Their "childless union" saw a burgeoning family that grew and grew for more than 45 years.

He was predeceased by his former spouse, Mary Lou Taggert and his brother, William Taggert.

Services will be held Saturday, January 9, 2021, at 2:00 pm at Edward J. Kuhn Funeral Home, Inc., West Reading. A visitation will be held from 12:30 to 2:00 pm at the funeral home. In lieu of flowers, contributions may be made to the Veterans' Association. Condolences may be expressed at www.kuhnfuneralhomes.com.

Receive notifications about information and event scheduling for Edward 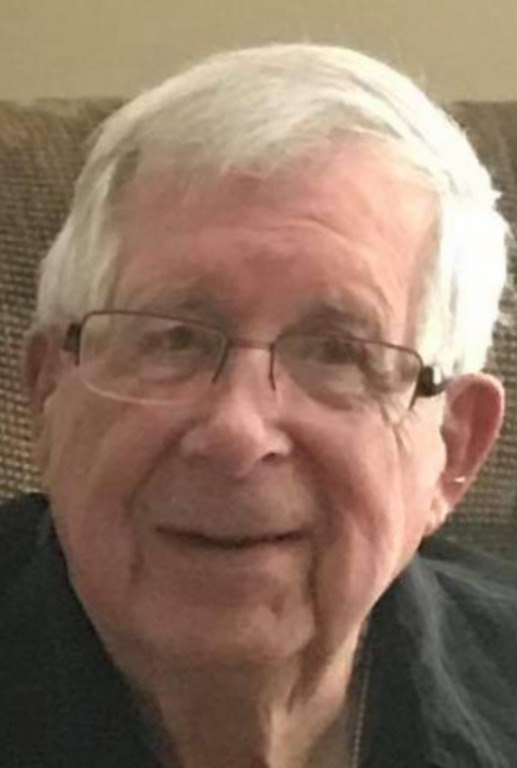 We encourage you to share any memorable photos or stories about Edward. All tributes placed on and purchased through this memorial website will remain on in perpetuity for generations.

Dina Barbour, Mary Musolino, and family sent flowers to the family of Edward A. Taggert.
Show you care by sending flowers
Hand delivered by a local florist

Dina Barbour, Mary Musolino, and family sent flowers to the family of Edward A. Taggert.
Show you care by sending flowers
Hand delivered by a local florist
CJ

Ed was the best boss I ever had working on the Reading Times and Reading Eagle. He helped me grow as a reporter and challenged me to "dig deeper" into stories. Ed and Mary were also great people to hang around with during off hours (as many who attended their parties can attest to!). They provided wonderful memories for many, memories that can be cherished by his family and friends.
Comment | Share Posted Jan 12, 2021 at 10:53am via Condolence
DD


Sending our warmest condolences. May you find peace and comfort in the lovely memories of Ed.
Love, Tim, Devon and Sam Dytko
Comment | Share Posted Jan 09, 2021 at 01:46pm via Condolence
CB

Dear Debbie, Judy, Kevin, Brian, Mary Beth, Vickie, and Pamela:
My prayers and thoughts are with you on the lost of your loved one, Ed. My prayer is that God will keep you and yours' "IN the Palms of His Hands" and give you the comfort and peace in knowing that we will all be together one day in His Realm. He was a good neighbor and I always enjoyed talking with him when we saw each other and missed him when he left here. Once again my sincere sympathy. Sincerely, Carmine(Chuck)
Comment | Share Posted Jan 08, 2021 at 03:53pm via Condolence
DF

Please accept our most heartfelt sympathies for your loss... Our thoughts are with you and your family during this difficult time.

Simply put, Ed was a very good guy and an excellent newspaperman. He always was supportive of me when I worked with him at the Reading Times. What a remarkable life!
Comment | Share Posted Jan 03, 2021 at 11:54am via Condolence