Obituary for Eleanor I. Burkart (Santos) 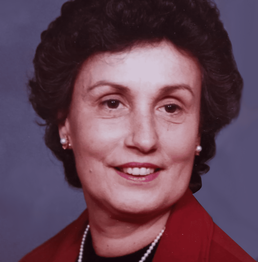 Eleanor I. Burkart, 90, died April 29 at Legend of Broomfield, Broomfield, CO. Born in Hawaii to John and Julia Santos, Eleanor lived there until the attack on Pearl Harbor in 1939. Shortly thereafter, she moved to Sacramento. She graduated from St. Mary’s College of Nursing in 1952 as a registered nurse and then practiced as a surgical nurse.

Eleanor met and later married Alan Burkart in March 1954. As Alan’s career progressed, he and the Burkart family moved among several states until settling in Atlanta. The two especially enjoyed taking vacations to exotic locations. Eleanor excelled at many things, including embroidery, needlepoint, and knitting, as well as skillfully sewing much of the three girls’ childhood clothing.

When Alan retired in 1995, he and Eleanor moved to Fernandina Beach, FL, and later to Albuquerque, NM.

A memorial visitation will be held at the Rundus funeral home in Broomfield from 6:00 to 7:30 p.m. on Tuesday, May 3.

In lieu of flowers, the family requests that you make a donation to St. Jude’s Children’s Research Hospital.