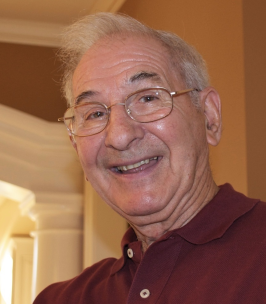 Elias was a lifelong educator. After earning masters' degrees in chemistry and secondary education, he began teaching in the Schuylkill Valley School District, where he remained for his entire 30-year career.


After his tenure at the high school, he helped to establish the Schuylkill Valley Middle School and served as its first principal. Under his leadership, the school focused on implementing innovative team-teaching methods and consistently produced strong scores on tests of student learning.


He was a dynamic leader, known for his commitment to education and loyalty to his faculty. He was well respected in the school community for his dedication, integrity and savvy. His concern for students illuminated everything he did.


Elias was a voracious reader, enjoyed golfing, traveling and spending time with his grandchildren.

In addition to his wife, Dorothy, Mr. Esposito is survived by his son, Anthony, and daughter-in-law Jean Henshaw, his daughter, Linda, and son-in-law Dr. Domenic Izzo. He is also survived by brothers David and Richard Esposito; sister Ruth Gehris; and four grandchildren: Michael, Daniel, and David Izzo and Svetlana Esposito. He was preceded by a brother, Stephen Esposito, and three sisters: Stella Gill, Theresa Unger and Jean Menditto.

In lieu of flowers, contributions in his memory may be offered to your local library.