To share your memory on the wall of Frederick Klein, sign in using one of the following options:

His heart was broken after losing his wife of 59 years, Mary Ellen, only three months ago. His family feels great peace that they are together. His roles as protector and caregiver defined much of his life, especially in the last five years of Mary Ellen’s illness. Their marriage was a model of love and devotion, and they set a high bar.

He brought energy, fun, and stories (so many stories!) to everything he did, and his creativity was endless. He was a huge presence as a father, grandfather, and friend,

He was a funny, irascible giant, tough on the outside with a huge soft heart - known to tear up when hearing about others’ successes or simply seeing a waving American flag. He was an interesting contradiction - he had both a quick temper and impeccable manners, loved political thrillers and beautiful art, bought one of the first computers in the distribution industry but was bedeviled by his cell phone.

Fritz was the son of Margaret Ropes Klein and Frederick H. Klein, Sr. He was born in the Reading Hospital, grew up and raised a family in Wyomissing and served as the Mayor there from 1978-81. He won as a write-in candidate with a dozen iterations of his name in the tabulation.

He graduated from Hebron Academy in Maine and then went on to an illustrious college career including stops at Brown, Lafayette, Albright, and Drexel. He was an All-American swimmer and all around hell-raiser. When a news report surfaced a few years ago that someone had “done donuts” on the Wyomissing A-field in the middle of the night, Fritz’s friends (all in their 80s) called to make sure he hadn’t reprised one of his finer young adult moments.

Fritz set a great example how it is never too late to chart a new path, that life takes you all kinds of places, and that grit is everything. He lived a big life on his own terms.

He served in the Army during the Korean War as part of the team that laid wire on the 38th Parallel to create the DMZ. Fritz was a true patriot and history buff who cared deeply about his country.

He served on the Ruscombmanor Township Planning board, as a leader at First Presbyterian Church, and as President of his condominium association in Florida. He was a member of the Maidencreek Fish and Game Club, the Washington Library Club, the Christmas Assembly committee, and was a lifelong member of the Berkshire Country Club (where he never truly perfected his golf game, but did a half gainer off the high board in a tuxedo, still telling the tale as a grandfather.)

His early career is the stuff of legend. He was a wildcatter on the oil rigs in Texas and a surveyor in Jackson Hole and laid railroad track in Philadelphia, Fritz moved back to Reading to join his father at Orr & Sembower Inc., a boiler manufacturer with a global presence in the 1950s and 60s. He sold boilers throughout the US, India, and South America, traveling and learning a difficult business.

He met Mary Ellen, immediately invited her to dinner at Bookbinder’s, and they fell in love and married quickly. He later joined his in-laws at the then new C.H. Briggs Company. Fritz went on to lead the company through an era of growth and the company’s first acquisition. He was ambitious and a true entrepreneur, and held numerous patents in the industry. He was among the first to travel to China to import decorative hardware. He saw potential in people and products before others, and always had a listening ear and open wallet for employees in a jam.

After Briggs, he helped small entrepreneurs, serving as an advisor to many. He was quick to share his creative advice with anyone who asked, and to some who didn’t!

Fritz’s life was defined in part by a strong sense of place. He loved Berks County, and his decades in Wyomissing and Oley gave him strong roots. He had wonderful stories of going to the farm as a kid, feeding the chickens and helping his parents turn a small stone house into a family home. He and his father planted 10,000 trees, and he looked out over the “Oley Ocean” every day.

He was the epitome of “roots and wings”, as he and Mary Ellen loved their homes in Southern Shores, NC and Bonita Beach, FL, and also went to every corner of the world. Mary Ellen said that she was a vacationer, but that Fritz was a traveler - the more interesting, the better, and the more sights seen and connections made, even better. They ventured through Asia, Europe, and the Americas. They saw the Berlin Wall come down and even made multiple trips to the Marshall Islands in Micronesia to visit friends. They showed their grandson the world on trips the 3 of them took every summer for 10 years.

Fritz and Mary Ellen’s favorite place was Pine Cay in the Turks and Caicos, where they loved the pristine beach and annual visits with new friends. They both loved the ocean, and Fritz was a great body surfer. He taught his children how to catch a wave and avoid a rip tide, and there are fantastic memories of family time on the Outer Banks.

He was a man of a million ideas and a million projects. He believed that a simple answer was never better than a complicated one, and that all projects required equipment and a trip to Sam’s Club. He loved being on his tractors, and was until his last day. He cheered for and swore at the Phillies and Eagles with gusto.

His creativity was boundless, and he made absolutely zero concessions to age, causing his family to hide the fireworks and scuba gear. He loved being a regular at restaurants and bars and had friends in the craziest of places.

He was larger than life in so many ways. He cared deeply, sometimes to a fault, and wanted the best for everyone and for our country.

He prized independence and lived exactly the way he wanted. He was deeply loved and will be deeply missed.

A Celebration of Life will be scheduled when it is safe to gather. In lieu of flowers, please remember Fritz at the Berks County Community Foundation. Kuhn Funeral Home is handling arrangements. Condolences may be expressed at www.kuhnfuneralhomes.com.
Read Less

Receive notifications about information and event scheduling for Frederick

We encourage you to share your most beloved memories of Frederick here, so that the family and other loved ones can always see it. You can upload cherished photographs, or share your favorite stories, and can even comment on those shared by others.

Posted Nov 30, 2020 at 02:52pm
Please accept our most heartfelt sympathies for your loss... Our thoughts are with you and your family during this difficult time.

3 trees were planted in the memory of Frederick Klein

Posted Nov 29, 2020 at 07:21pm
I was shocked and saddened to read of Fritz's death; only short weeks ago I sat with him at dinner at the Fish Pond and he seemed in his usual great health. My thoughts and condolences go out to all his family. I admired him for many years and consider him to be Berks County's version of a "Renaissance Man". We are all better for knowing him.
Comment Share
Share via: 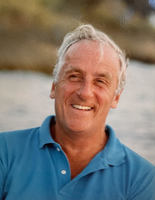