To share your memory on the wall of Gale Fox, sign in using one of the following options:

Gale graduated from Pottsville High School in 1960 and went on to graduate from the Reading Hospital School of Nursing in 1963. She worked as a registered nurse at Reading Hospital until her retirement in 1997.

Gale was a dedicated member of St. Marks United Church of Christ. From 1970 -1993 she served as a Sunday School Teacher. She served on the Sunday School Board for 51 years and acted as Chairwoman from 1993-2017. Gale also served on the Consistory for ten terms, including as President from 1999-2001 and from 2001-2002. Her love of children also led her to serve as the Superintendent of the Church Nursery for 17 years until 1983.

Her service extended into her community as Gale served as a Girl Scout Leader for the Girl Scouts Troop of Great Valley in the Exeter School District. In 1988 Gale served as the President of the Lorane Elementary School Parent-Teachers Association.

Funeral Services for Gale will be held on Wednesday, December 16, 2020 at 10 AM at the Edward J. Kuhn Funeral Home, Inc, 739 Penn Ave, West Reading, with burial to follow at Forest Hills Memorial Park, Reiffton. Viewing at the funeral home from 9:00 AM until the start of services. Services will be livestreamed from Gale's memorial page on the Kuhn Funeral Homes website.

Condolences, tributes, and fond memories may be expressed at www.kuhnfuneralhomes.com.
Read Less

Receive notifications about information and event scheduling for Gale

We encourage you to share your most beloved memories of Gale here, so that the family and other loved ones can always see it. You can upload cherished photographs, or share your favorite stories, and can even comment on those shared by others.

Posted Dec 12, 2020 at 10:00pm
I’m so sorry to here of Aunt Gale passing. Thinking and praying for you. If there is anything I can do please reach out. She was loved and will be missed. Mel
Comment Share
Share via:
CA

Our thoughts and prayers are with you during this difficult time. 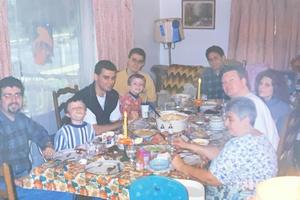 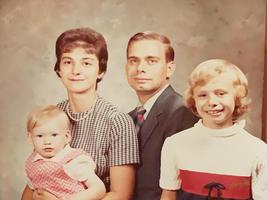