To share your memory on the wall of George Becker, sign in using one of the following options:

Print
George W. "Butch" Becker III, 76, of Muhlenberg Township was surrounded by his family when he passed away January 17th, 2021 in the Reading Hospital.

He was the beloved husband of Diane G. (Guistwite) Becker, with whom he celebrated 56 y... Read More
George W. "Butch" Becker III, 76, of Muhlenberg Township was surrounded by his family when he passed away January 17th, 2021 in the Reading Hospital.

He was the beloved husband of Diane G. (Guistwite) Becker, with whom he celebrated 56 years of marriage.

Born in Reading, he was the son of the late George W. Becker Jr., and Pauline M. (Schoener) Ulle. Butch was predeceased by his sister, Judith Zintz and niece Christine Zintz.

He was a 1963 graduate of Reading High School.

Butch was drafted into the United States Army where he courageously and proudly served his country in the Vietnam War.

He was employed by UPS as a driver for 30 years before retiring in 2004. After retirement, Butch continued to work and was employed by the Governor Mifflin School District and Hiester Bowling Lanes as a custodian.

Butch was an avid bowler, bowling in many leagues and tournaments. He enjoyed sitting on the sun porch watching the birds from his recliner, spending time at the beach in North Wildwood, NJ and watching the sunsets at Sunset Beach, NJ. He enjoyed cruising around Reading in his 85’ Trans AM. Butch also enjoyed trips to Walt Disney World and taking casino bus trips.

If you knew Butch, you know that he was a constant jokester. What you might not know is that he was always giving back and doing things for others. He faithfully donated blood at keystone blood bank where he donated 45 gallons of blood. Butch would also deliver meals on wheels in his spare time.

Funeral Services will be held Friday, January 22, 2021, at 10:30 a.m. in the Kuhn Funeral Home & Crematory Inc., 5153 Kutztown Rd., Temple, PA with burial to follow at Forest Hills Memorial Park. Viewing will be held from 9:30 a.m. to 10:30 a.m. in the funeral home. Services will be WebCasted on George's memorial page at www.kuhnfuneralhomes.com for those who are not able to physically attend. In lieu of flowers, contributions can be made in George's honor to Berks County Veterans Affair at 726 Cherry Street Reading, PA 19602
Read Less

Receive notifications about information and event scheduling for George

We encourage you to share your most beloved memories of George here, so that the family and other loved ones can always see it. You can upload cherished photographs, or share your favorite stories, and can even comment on those shared by others.

Posted Jan 22, 2021 at 08:57pm
We were so sorry to hear about George's passing. He will surely be missed by all his friends at bowling. Please accept our deepest sympathy.
Mike and Joyce Appnel
Comment Share
Share via:
KH


I will miss hearing Butch call me Kafoopy, his nickname for me since I was a young girl. Lots of fun memories. My heart is with you, Diane, Todd, Heather and Family.

Posted Jan 22, 2021 at 10:31am
So many fond memories. We stayed many times at George and Diane's Surf Song condo. Very generous person. Butch would always tell me to leave the cash in the freezer. Such a great sense of humor. We'll all miss him so much. Wish we could be there with you in person. Much love to your whole family. Thoughts and prayers from our house to yours.
Comment Share
Share via:
JH

Posted Jan 21, 2021 at 10:00am
I knew George for quite a few years through bowling. We bowled in the same league and many years we partnered up and bowled in several state and local senior tournaments. George was always a fun guy to be with and we had good times while bowling. Knowing how he always enjoyed the Jersey shore, the visits there won’t be quite the same anymore. My heart felt condolences go out to George’s wife and family. Enjoy the sunsets my friend. Jerry Hudack
Comment Share
Share via:
BS

We are so sorry we will not be able to attend the visitation for George. Please know you and your family are in our thoughts and prayers. George was a special fun-loving guy and we will miss him. Betty & Johnny Stoudt 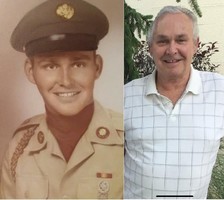 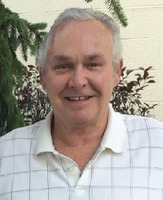