To share your memory on the wall of James Gallen, sign in using one of the following options:

Growing up in Shillington along the Wyomissing Creek, Jim enjoyed the outdoors, fishing, trapping, camping, dam-building, and inventing acrobatic feats on the popular rope swings suspended over the “crick.” He attended St. John Baptist de la Salle grade school where he both excelled scholastically, and at trying the patience of the Sisters of Mercy. Having developed a talent for billiards at a young age, he could usually be found playing hooky at the Shillington Pool Hall, thereby engendering disapproval from his parents and anger from his vanquished, much older opponents. Jim also proved to be a formidable pitcher on several mite league championship teams, hurling for the “Speedboys”. Upon transferring to the Governor Mifflin School District, Jim found his niche in the perennial powerhouse Mustang wrestling program. As a 3-year letterman, he contributed greatly to their string of team county championships, with some key upset victories in critical situations.

Upon graduation, and having been involved in many political campaigns, Jim’s interests took him to Washington D.C., where he obtained employment for the United States Senate working in the Senate document room, doing research and filling senators’ requests for bills and previous legislation. Jim furthered his education attending Howard University, and advanced to be appointed as Assistant Executive Secretary to the U.S. Senate, a position he held for several years.

Jim returned to Pennsylvania, where he worked for the Dept. of Agriculture and eventually began a career in the life, health, and annuities insurance business. He recently retired from Gallen Financial Services. He remained civically involved throughout his life, and served several terms as a West Reading Borough Councilman, where he worked hard to prioritize the concerns of taxpayers.

Jim is survived by the following immediate family members: his wife, Laura and her children Scott and Jennifer; his first wife Jane Rantz of Cumru Township and their children James John Gallen III of Foley, AL, and Meghan Gallen of Wilmington, NC; his second wife Debbora Jacobs of Exeter Township, their son Patrick Gallen and his wife Vilde Evjenth both of Copenhagen, Denmark. Jim is also survived by his first son, Christopher Bifareti of Oakton, VA.

Due to current Covid-19 restrictions, services are private at the convenience of the Gallen family, but will be webcast around the world Saturday, December 26 from 10am-12noon. To view this webcast, visit www.kuhnfuneralhomes.com, click on Jim’s obituary, then scroll to the bottom of his page and click “Watch Webcast.” A true celebration of Jim’s incredible life will be held in the future when possible for the public to meet safely. The Edward. J. Kuhn Funeral Home, West Reading, is assisting with arrangements. Condolences may be expressed at www.kuhnfuneralhomes.com.
Read Less

Receive notifications about information and event scheduling for James

We encourage you to share your most beloved memories of James here, so that the family and other loved ones can always see it. You can upload cherished photographs, or share your favorite stories, and can even comment on those shared by others.

On behalf of the Rodriguez Family, I want to extended our sincerest condolences to the Gallen Family in their time of loss.
Throughout the years I've known Jim, our mutual respect of each other and our strong family traditions was our common thread.

Most recently, we both also shared a desire to serve the our great borough of West Reading. He as Council President, and I as Mayor, both in collaboration to make the borough a better place for all its residents and visitors. I think Jim made an indelible impression on every person he met in some way or manner. He certainly had that effect on me. God bless!

Posted Dec 26, 2020 at 10:17am
To Jim’s family,
Jim loved wrestling and the camaraderie it fostered. He was there for me when I lost my father. We talked for hours. He loved life and family. My condolences to the Gallen family. My prayers are with you.
Comment Share
Share via:
BL

Posted Dec 25, 2020 at 01:41pm
To the Gallen family. Jim was a good wrestler and fun, friendly guy. I always loved running him to and remembering the old wrestling days. I am so sorry about his passing. I hope he is a peace. Blessings to your entire family.
Comment Share
Share via:
MD

Posted Dec 21, 2020 at 02:19pm
My deepest condolences to Jim's family on his passing. I have fond memories of swatting tennis balls with him--he had powerful ground strokes, but didn't really enjoy serving that much! I met Jim because of having his son, Patrick, as a German student of mine at Exeter Junior High School. Jim, always so proud of Patrick's achievements, was interesting, well-spoken, and enjoyed life to the fullest. He will be missed.

Posted Dec 21, 2020 at 11:08am
My condolences to the entire Gallen family. I grew up with Jim when I lived on Madison St. in Shillington. We had some very good times growing up and he was a dear friend. Art Blatt.
Comment Share
Share via: 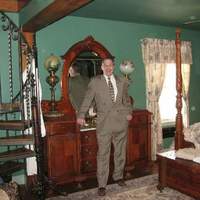 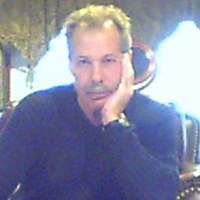