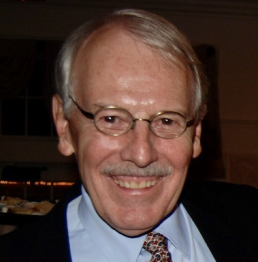 Dr. Joel Leonard Caves, 81, passed away on Wednesday, May 11, 2022 at his residence in The Highlands at Wyomissing. He was the loving husband of Shirley (Verdehem) Caves, with whom he shared 59 years of marriage.

Joel was active with the Boy Scouts of America Troop 46 and served on the Executive Board of the Boy Scouts Hawk Mountain Council. He was on the Board of the Schuylkill River Greenway Association and served as the President of the Reading Branch of the American Society of Civil Engineers. Later in life, Dr. Caves earned his sea captain's license and took joy in sailing with friends and family. His favorite pastimes included woodworking, and playing basketball, football, and tennis.

Joel was predeceased by his brother, James Caves.

Please Note: The church entrance is on Court Street. There will be parking available in the Abraham Lincoln Hotel parking garage or M&T Bank, both located on Washington Street near the corner of North 5th Street.

In lieu of flowers, memorial contributions may be made to the Hawk Mountain Boy Scouts.
Edward J. Kuhn Funeral Home, West Reading is in charge of arrangements.