To share your memory on the wall of John Galeassi Jr., sign in using one of the following options:

Provide comfort for the family by sending flowers or planting a tree in memory of John Galeassi Jr.

Provide comfort for the family by sending flowers or planting a tree in memory of John Galeassi Jr.

He was the loving husband of Joan M. (Kramer) Galeassi. They married on August 8, 1970.

He was the loving husband of Joan M. (Kramer) Galeassi. They married on August 8, 1970.

Born in Florence, SC, he was a son of the late John A., Sr. and Christine (White) Galeassi.

He was a 1962 graduate of Phoenixville High School.

John served our nation proudly and valiantly in the US Navy during the Vietnam War.

He was employed by The West Company, Phoenixville and Federal Mogul, Lionville as a machine operator.

John loved cars, especially his Mustangs. He also enjoyed racing his 1969 Mustang at Maple Grove, going to car shows and "all things cars" and going fishing.

He was predeceased by two siblings: Margaret Bush and Christopher Galeassi.

Services will be private at the convenience of the family. Kuhn Funeral Home & Crematory, Inc. Temple is in charge of arrangements. Condolences may be recorded at www.kuhnfuneralhomes.com.
Read Less

We encourage you to share your most beloved memories of John here, so that the family and other loved ones can always see it. You can upload cherished photographs, or share your favorite stories, and can even comment on those shared by others. 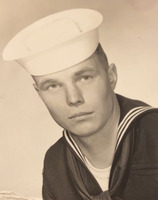