To share your memory on the wall of Kerry Hoffman, sign in using one of the following options:

Provide comfort for the family by sending flowers or planting a tree in memory of Kerry Hoffman.

Provide comfort for the family of Kerry Hoffman with a meaningful gesture of sympathy.

Kerry C. Hoffman, 72, formerly of Wyomissing Hills and of Spring Twp., passed away December 13, 2020, at The Lutheran Home at Topton after a long battle with Alzheimer's Disease.

He was the loving husband of Julia F. "Jill" (Pyle) Hoffm... Read More
Kerry C. Hoffman, 72, formerly of Wyomissing Hills and of Spring Twp., passed away December 13, 2020, at The Lutheran Home at Topton after a long battle with Alzheimer's Disease.

Born in West Reading, he was a son of the late Charles H. and Jacqueline W. (Bush) Hoffman.

Kerry was a graduate of Reading High School in 1966. He studied at Bloomsburg University earning his Bachelor’s in Education in 1970, and Kutztown University where he earned his Master’s in Education. He later received his Elementary Principal Certification from Temple University in 1982.

Kerry was a member of Bausman Memorial United Church of Christ, Wyomissing.

He was employed by the Antietam School District for 40 years. He first worked as a 6th grade teacher for 20 years, and later served as the Principal at Mt. Penn Elementary School for an additional 20 years before retiring in June of 2010. After retirement he continued to fill in as Principal in the district for a number of years.

In addition to being a dedicated educator, Kerry was a passionate swimmer who was inducted into the Berks County Aquatics Hall of Fame in May 2008. While at Bloomsburg, he held the record for the 1000 Yard Freestyle for three years. Even when he was no longer competing, he served as officiant for the swimming and diving championships at both the county and district levels. In 2006 he was awarded the Annie Sullivan Award for Special Education.

In addition to his wife, Jill, he is survived by two daughters, Stacie Lynn, wife of Blaine Schattenberg, of Frederick, MD, and their children, Karlie Elizabeth and Benjamin Charles; and Jessica Lea, wife of Kevin Scott,of Arnold, Md., and their children, Findlay Christopher, Oliver Charles and Arden Julia.

He was predeceased by his sister, Marcia A. Mattson.

A visitation will be held on Saturday, December 19, 2020, from 1 to 4 pm at the Edward J. Kuhn Funeral Home, Inc, 739 Penn Ave, West Reading. A public celebration of Kerry’s life will be held at a later date. Contributions in Kerry’s memory may be offered to the Kerry Hoffman Award for Educational Excellence or the Kerry Hoffman/Moutaineer Award (AVCP). Please mark on the memo line which award contribution should be given to and make checks payable to the Antietam School District, 100 Antietam Road, Reading PA, 19606 or the Antietam Community Partnership. Condolences may be expressed at www.kuhnfuneralhomes.com.

Receive notifications about information and event scheduling for Kerry 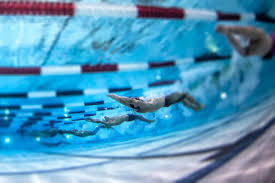 We encourage you to share any memorable photos or stories about Kerry. All tributes placed on and purchased through this memorial website will remain on in perpetuity for generations.

We are sorry to hear of Kerry's passing. He was involved with the education of our three children. He was so dedicated and obviously loved his profession. Our deep felt condolences to your family. Blessings to you. Denton and Barbara Quick
Comment | Share Posted Dec 22, 2020 at 04:35pm via Condolence
SH

So sorry for Kerry's passing. He did such a great job as membership chair for BCASR. Also, it was great to see Kerry and his wife at all the TWEAD meetings. Sincere sympathy goes out to Kerry's wife and family. Sandy Heath
Comment | Share Posted Dec 22, 2020 at 09:40am via Condolence
DJ

I am so sorry to hear of Kerry's passing. My thoughts and prayers are with you and your family in this most difficult time.
Comment | Share Posted Dec 20, 2020 at 03:55pm via Condolence
GR

We were sorry to hear of Kerry's passing. Please give our condolences to the girls as well.

Dear Jill and family,
Tom and I were so sad to hear of Kerry’s
passing. He was a very special person, educator, and colleague who made a profound contribution to the students and families in the Antietam School District. His legacy will be long be felt.
Please know that you and your family are in our prayers and thoughts.