To share your memory on the wall of Kevin Koenig, sign in using one of the following options:

Provide comfort for the family by sending flowers or planting a tree in memory of Kevin Koenig.

Provide comfort for the family of Kevin Koenig with a meaningful gesture of sympathy.

Kevin was born January 7, 1967 to Juanita (McCoy) Koenig of Bellingham, WA. and the late Charles W. Koenig. He grew up in a large and extended family and remained close to them throughout his life.

After the premature death of his father, Kevin and his brothers attended Girard College in Philadelphia. Girard played an integral part in his life and taught him how to love all people. He made lifelong friends and was an ardent supporter of the Girard Alumni Association.

Kevin met Tammy Klinger in 1984 and they married on May 16, 1992. They stayed in love for the remainder of his life. Kevin and Tammy never had children, instead they lavished their love on many pets through the years, including Shadow, Vixen, Lexus, Moonlight and others. Kevin was always looking for a "good deal" and the two of them spent many happy days seeking them out. They enjoyed spending time with family, especially the summer barbecues, dining out or just shooting the breeze.

Kevin's favorite pastime was playing golf. He spent many days on the green with his cousin Ted. He was a member of the hole-in-one club, and any day playing golf was a good day for Kevin.

Kevin prided himself on being the man who would be first to offer a helping hand. He gave his all to show his love through his deeds, large and small. Kevin donated much time to charity, including the local food bank where he volunteered for many years. He was active in Toys for Tots every Christmas and supported the Wounded Warrior Project. Kevin was also an active Freemason at Lodge #62 of West Reading.

Kevin was employed for many years at Arrow International and most recently at Brentwood Industries.

Kevin is survived by his wife Tammy; mother, Juanita; brothers Keith, Kerry and Kyle; sisters Lisa and Linda; and many beloved nieces, nephews and cousins.

In lieu of flowers, donations in Kevin's memory can be made to The Girard College Alumni Association, 2101 S. College Avenue #605, Philadelphia, PA 19121. Condolences may be expressed at www.kuhnfuneralhome.com.

Receive notifications about information and event scheduling for Kevin 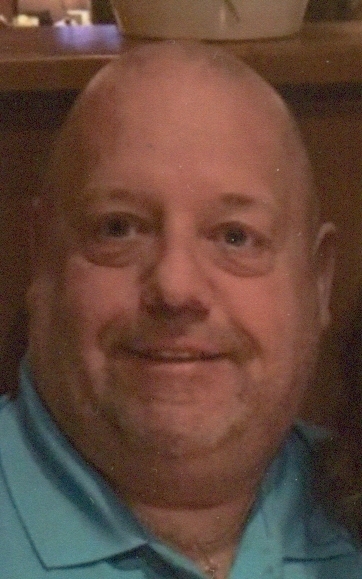 We encourage you to share any memorable photos or stories about Kevin. All tributes placed on and purchased through this memorial website will remain on in perpetuity for generations.

I was saddened to learn of Kevin’s passing. I loved him and all the Koenig’s. I’m hoping that we will see each other at the Marriage Supper if the Lamb. God bless you all as you grieve your loss. Sincerely,
Dell Bobier
Comment | Share Posted Feb 19, 2021 at 04:21pm via Condolence

I was not on Facebook for a while and just today got the message from my sister about Kevin's passing, can't believe my favorite Cousin is gone,
Tammy may god be with you in these trying times
Bud and Hazel McCoy's son Allen
Comment | Share Posted Feb 16, 2021 at 09:09am via Condolence
R

RIP My Condolences to Your Wife and Family Thank you for all your help when we worked together Say hi to Evelyn Rip until we meet again
Comment | Share Posted Feb 10, 2021 at 08:42am via Condolence
M

beautiful write up for a beautiful man Tammy my heart goes out to you way too young so sorry Love Georgine
Comment | Share Posted Feb 09, 2021 at 08:45am via Condolence
BB

Let the Lord kiss all your hearts, and bless you with His comfort.
Billy Bentz
Comment | Share Posted Feb 07, 2021 at 10:21am via Condolence