To share your memory on the wall of Mary Ann Becker, sign in using one of the following options:

Provide comfort for the family by sending flowers or planting a tree in memory of Mary Ann Becker.

Provide comfort for the family of Mary Ann Becker with a meaningful gesture of sympathy.

She was the wife of 24 years of Arthur Becker.

She was the wife of 24 years of Arthur Becker.

Mary Ann was a member of the former St. Anthony of Padua Polish Catholic Church, Millmont, and became a member of St. John Baptist de la Salle Church upon the merger of the two churches.

She began her career in high school and after graduation as a secretary to George Beard at State Auto Insurance Agency, Reading, achieving an agent's license. After the birth of her children, she became a Tupperware Consultant under Hollenbush Parties, Orwigsburg, PA and Kissimmee Florida and continued for twenty-six years as a Tupperware manager. From 1992 through 2000, she was an operations manager for James Deichman/Raymond James Financial Services, Wyomissing. From 2000 until October 2015, she was employed by ParenteBeard Wealth Management, now known as Domani Wealth Management. She worked part-time for Dr. Cramp and Panache Deli.

She was one of three Tupperware managers at Hollenbush Parties to introduce and launch the Tupperware Stack Cooker microwave cooking concept in the area.

In addition to her husband, Art, she is survived by two children: son, Robert Joseph Englebach, spouse of Frank Kutryb, of Wyomissing Hills; and daughter, Marjorie Ann Haile, wife of David L. Haile, of Reading; one step-son, Scott M. Becker of Oceanside, CA; two grandchildren, Colleen Gray, wife of Colin Gray, of Wyomissing; and Josef Haile of Reading. One sister, Fran, wife of John Moore. She loved her German Shepherd, Hannah, and her cats, Kalum and Kitty.

She enjoyed sewing, baking, gardening and going to the casino with Bob and Frank; she enjoyed hosting parties especially the swim parties for her children when they were young; her greatest joy was taking her grandchildren on trips to New York City, Baltimore, Philadelphia, Washington D.C., Ocean City, NJ, and all "those history excursions."

Receive notifications about information and event scheduling for Mary Ann 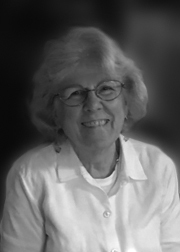 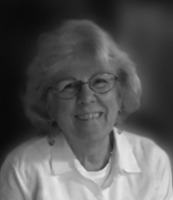 We encourage you to share any memorable photos or stories about Mary Ann. All tributes placed on and purchased through this memorial website will remain on in perpetuity for generations.

Jadwiga and Wojciech Trzcinski, Jennifer, Mike and Alexander Brennan, and other have sent flowers to the family of Mary Ann Antoinette Becker (Dykty).
Show you care by sending flowers
Hand delivered by a local florist

Jadwiga and Wojciech Trzcinski, Jennifer, Mike and Alexander Brennan, and other have sent flowers to the family of Mary Ann Antoinette Becker (Dykty).
Show you care by sending flowers
Hand delivered by a local florist
EB

Words cannot express the sadness I felt at hearing the news yesterday of Mary Ann's passing. I have so many memories of our days with Tupperware. She was always a great friend. Our friendship extended way beyond Tupperware and only covid had prevented our periodic lunches and dinners. We spoke at Christmas and had planned to get together in the Spring, when things were better.. Her smile and energy lit up the room and I always looked forward to those times. We could talk for hours and I was always surprised by how much time had passed.
My sincere condolences to Art, Margy, and Bob. My thoughts and prayers are with you to give you strength in this time of great loss. Mary Ann will be missed terribly by all who knew her.
Comment | Share Posted Feb 27, 2021 at 09:26am via Condolence
MS

Dear Bobby and Marjorie:
I am so very sorry for the loss of your dear mother. As residents of West Wyomissing for many years, I have wonderful memories. May you have comfort knowing your mother is now in the hands of our Lord and Savior. May God bless you and may you find strength in each other during this difficult time. Sincerely, Marsha (Knerr) Sarfert
Comment | Share Posted Feb 26, 2021 at 12:11pm via Condolence
JT

We will miss "Mary Ann Becker".

Jadwiga and Wojciech Trzcinski purchased flowers and planted a memorial tree for the family of Mary Ann Becker.
Order Now | Show All
Comment | Share Posted Feb 26, 2021 at 10:18am via Floral Arrangements
CP

So sorry to hear about Mary Ann, so many memories of our Tupperware days. For someone so tiny she had so much energy and ALWAYS smiling. She will be so missed.
Comment | Share Posted Feb 26, 2021 at 07:52am via Condolence
SB

Whenever we would see Mary Ann- whether at Sacred Heart, St Anthony's , St. John's- or just out shopping- she always had a smile. She was a friend to everyone who knew her. We send sincere condolences.
Sharon and Clifford Brahmstadt
Comment | Share Posted Feb 25, 2021 at 01:01pm via Condolence