To share your memory on the wall of Philip Fleck, sign in using one of the following options:

Provide comfort for the family by sending flowers or planting a tree in memory of Philip Fleck.

Provide comfort for the family of Philip Fleck with a meaningful gesture of sympathy.

Phil designed and built medical devices for most of his professional career. He was employed by Atlas Chemical Industries and Rockwell International, then continued his career as an engineer at Arrow International for over 34 years, retiring as President and COO in 2005, with oversight of worldwide R & D and manufacturing. Upon his retirement from Arrow, Phil continued working in medical technology, serving as a Director at venture capital firm, Norwich Ventures. Phil was an inventor of multiple patents throughout his career, served on the board of several medical startups, and was on the executive board of the Life Science Greenhouse of Central Pennsylvania. In addition to his professional work, Phil was also very community minded and philanthropic. He previously served on the boards of the Hawk Mountain Council BSA, Penn State Berks Campus, Burn Prevention Foundation, Boyertown Museum of Historic Vehicles, Manufacturers Association of Berks County and the Berks Economic Partnership.

Phil always had a quest for learning, knowledge and conversation. He had numerous hobbies including photography, travel, antique stereos, stamp and vintage train collecting. Phil was particularly passionate about collecting and restoring classic automobiles. He was an avid member of the car collecting community and judged at numerous concours events around the country.

His greatest love was his family: He was married to his wife Judith (Steurer) on October 7, 1967 and enjoyed 54 incredible years together. He had two children, Jennifer and Jonathan, husband of Daphne (Palmer), and four grandchildren, Nicholas (Kline), Devon (Kline), Jonathan “JP” Fleck and Jacob Fleck. He also leaves behind his sister, Anne Kaczorowski, wife of Jim, and three nephews and four nieces.

Funeral Services will be private with a celebration of Phil’s life to be held at the family’s convenience. In lieu of flowers, please consider donations to the Oley Valley Community Education Foundation (oleyvalleycef.com) or the Boyertown Museum of Historic Vehicles (boyertownmuseum.org). Edward J. Kuhn Funeral Home, Inc., West Reading is honored to serve the Fleck family. Condolences may be expressed at www.kuhnfuneralhomes.com.

Receive notifications about information and event scheduling for Philip 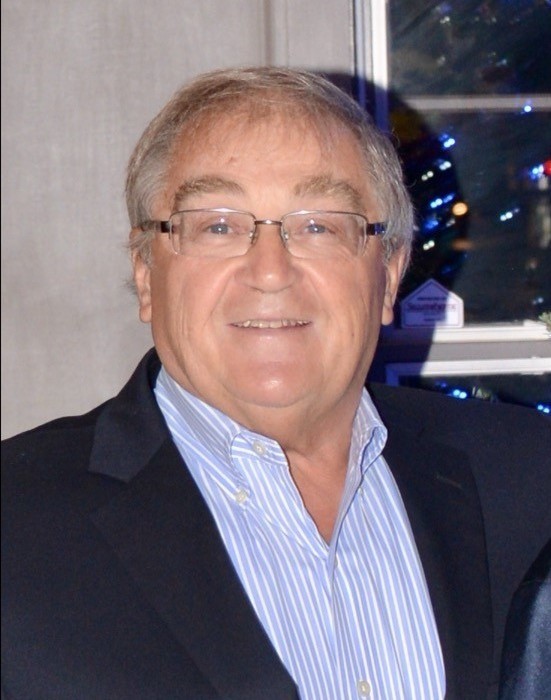 We encourage you to share any memorable photos or stories about Philip. All tributes placed on and purchased through this memorial website will remain on in perpetuity for generations.

Paul & Yvonne Frankhouser sent flowers to the family of Philip Byron Fleck.
Show you care by sending flowers
Hand delivered by a local florist
AS

I am saddened on hearing of Phil's passing. Although I haven't seen him in quite some time, he was a very influential person in my life and career.
Please take comfort that he had a full life, and was loved and respected by many.
I will always remember the April Fool's joke Lisa Laity and I played on Bob Erb which escalated to Phil.
Phil - thanks for the memories.

Words cannot express the sadness I feel knowing the loss,

As my mind fills with the childhood memories I have of you.

The excitement of knowing you were coming had me jumping as it grew,

Filling with the sounds of you, the click clack of your loafers as my heart leaped to see you.

The boom of of your hellos as your voice expressed the warmth of your love,

The reach of your arms as they lifted me up, the clicks of your camera as it captured moments.

Moments of joy from the love you shared at family gatherings, your slide shows, Grammy’s five o’clock dinners, and trips to Cape May shores.

All who knew you were impacted by the breadth of your character, the love of your heart as a measure, the kindness towards others you have shared.

As I say good-bye, in my heart I will always remember you.

Judy,
There is nothing I can say that will ease the pain you and the family must be feeling. Please accept our heartfelt and sincere condolences at this difficult time. Rest assured that you, the family, and Phil are in our thoughts and prayers. God bless all of you!
Love,
Tom and Phyllis
Comment | Share Posted May 29, 2021 at 08:23pm via Condolence
PF

Dear Judy and Family: Although we are so far away we are thinking of you during this difficult time and send you our deepest sympathy and love!

Paul & Yvonne Frankhouser purchased flowers and planted a memorial tree for the family of Philip Fleck.
Order Now | Show All
Comment | Share Posted May 29, 2021 at 11:02am via Floral Arrangements