To share your memory on the wall of Richard Niver, sign in using one of the following options:

Provide comfort for the family by sending flowers or planting a tree in memory of Richard Niver.

Provide comfort for the family of Richard Niver with a meaningful gesture of sympathy.

Richard (Dick) was the youngest of 11 children born to Ralph and Ida Mae (Hinchman) Niver in Bradford, PA.

Richard (Dick) was the youngest of 11 children born to Ralph and Ida Mae (Hinchman) Niver in Bradford, PA.

Dick graduated from Bradford High School then moved to Philadephia.

There he was employed as an elevator operator at Thomas Jefferson Memorial Hospital until his retirement in 1988.
After retirement, Dick moved to Reading to be closer to his sister, Audrey Cosenza, and was a member of St. Paul’s Catholic Church. His co-residents at the B’nai B’rith House in Reading may remember him as a talkative soul with a keen memory for people and dates. He was an avid opera fan spending much of his days listening to an expansive collection of opera recordings. Dick relocated to Arizona in 2004.

Dick is survived by sisters Wilda Boltz of Florida, Ardis Lewis of Smethport, and Jean Jordan of Texas. He is also survived by many nieces and nephews including Maria (Cosenza) McCrackin of Phoenix, AZ, Pasquale Cosenza of Winchester, VA, and Carla Colburn of Bensalem.
Dick is preceded in death by brothers Russell, Allan, Keith and Ward and sisters Wynona Caputo, Ruth Whitford, and Audrey Cosenza.

A service will be held at Kuhn Funeral Home in West Reading on Tuesday, March 2nd, 2021 at 8 AM. Burial will be at McKean Memorial Park in Bradford, PA. 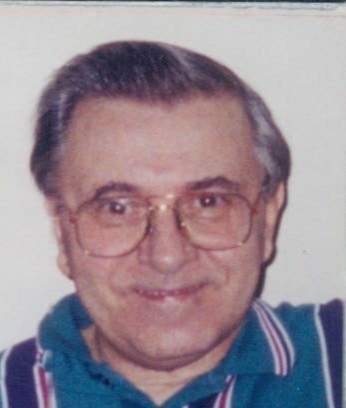 I will truly miss my Uncle Dick's spirit. He so loved the Opera. While he was visiting us in Dallas he went to the Opera and made friends with some ladies from Highland Park who invited him to sit down front with them. They didn't want to let him go when I picked him up - they loved that he explained the story. Said "you call us when he's back in town.... we'll save a seat for him."
Comment | Share Posted Mar 03, 2021 at 12:35am via Condolence
MM

Judy, He certainly will be missed. He was such a unique personality. Opera and his gift for gab seemed to mean he always had a great time with the older ladies.
Posted Mar 04, 2021 at 08:57am