To share your memory on the wall of Robert Mulligan, sign in using one of the following options:

Provide comfort for the family by sending flowers or planting a tree in memory of Robert Mulligan.

Provide comfort for the family of Robert Mulligan with a meaningful gesture of sympathy.

Bob said from the day he was born he was destined to follow in his father's footsteps, whom he greatly admired. After graduating from Ashland High School, he headed to Pennsylvania State University where he was a trombone player in the Blue Band and graduated in three years. A week after graduation he left for Philadelphia to attend Jefferson Medical School. It was there that he met his "Pug-Nosed Dream" Rose. He married her and cherished her for 58 years until her death in 2005. He graduated from Jefferson in 1951 and became a resident at the Reading Hospital and was an associate radiologist there until 1981 when he transferred to Ephrata Hospital. He was most proud of his development of the Nuclear Medicine Department at the Reading Hospital. He cared deeply about his patients and believed there was a no replacement for talking with them face to face for diagnoses and healing. He adored the technologists who worked with him, and they adored him. He was sincerely grateful for his ability to have a career that he loved that allowed him to pursue what was in his heart, music.

From the piano in Ashland to his piano at 600 Brobst St. and finally at the Highlands, you could find him playing and or arranging. If he was not there, he was undoubtedly at the dining room table with his ink and pen in hand writing his arrangements. During those years, he mastered the trombone, playing in high school, college and beyond until macular degeneration made it too difficult to play. His "gigs" include the Hafer/Jacobson Big Band, The Wyomissing Big Band, The Bobby Mercer Big Band, Trombones Incorporated, Bones of Contention, and freelance work for Helen O'Connell, Billy Epstein, Jack Jones, Sammy Kaye, Maynard Ferguson, Al Martino, Ronnie Milsap, and others. His long time friendship and musical collaborations with Dave Stahl were especially meaningful to him. He was an avid supporter and participant in the Berks Jazz Fest, including music education which precipitated the Doc Mulligan Get Jazzed Day. He was the inaugural recipient of the Frank Scott Award.

Bob was a very charming man with a wonderful sense of humor. He was the epitome of a "great guy."

He was predeceased by his beloved wife Rose Mary (Glaudel) Mulligan, his daughter Patricia, and his sisters, Marcia Bertelson and Joyce Bushpics. He is survived by his daughters, Marta A. Mulligan, and Michele Mulligan Pollock. He also leaves behind his dear grandchildren, David R. Botch and Mary R. Botch, his son-in-law Mark W. Pollock, his nieces and nephews, and many wonderful friends.

A public graveside service will be held on Thursday, January 14, 2021, at 11 a.m. at Gethsemane Cemetery, 3139 Kutztown Road, Laureldale, PA. A celebration of his life party will be held sometime in the future. In lieu of flowers contributions may be made to the Reading Musical Foundation, 201 Washington Street, Reading, PA 19601, readingmuicalfoundation.org. Edward J. Kuhn Funeral Home, Inc., West Reading is honored to assist Dr. Mulligan's family. Condolences may be expressed at www.kuhnfuneralhomes.com. 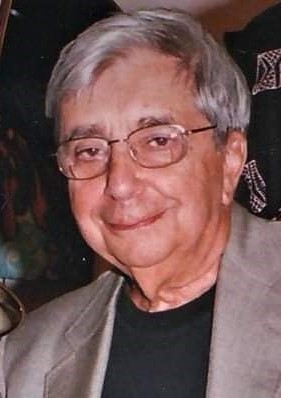 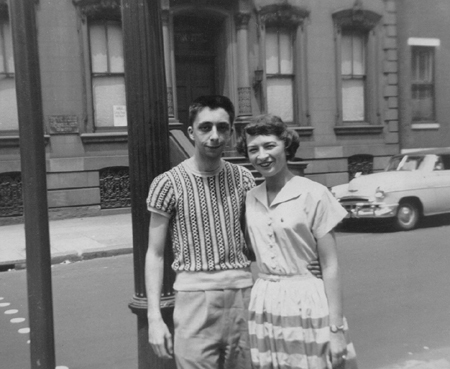 Marnie and I are saddened to hear of Bob’s passing. In my training he helped me and many other young physicians to better understand nuclear medicine. Later we were co-staff physicians at the RHMC for years. If I ever had a musical question, he was the go-to guy. Years later we enjoyed golfing together. He was always pleasant and a real gentleman to have known. Our condolences to his family. He will be truly missed.
Harry Ramsey MD, Key West
Comment | Share Posted Jan 15, 2021 at 09:51am via Condolence
RR

It was an honor to know Dr. Mulligan and work with him at Reading.
He was a great teacher , musician and friend. He will be missed at our retiree lunches. With sincere sympathy, Ruth Rapposelli
Comment | Share Posted Jan 13, 2021 at 07:26pm via Condolence
JD

Such a nice man. Such a talented man. And such a wonderful supporter of live music in Berks County. Thank you for cheering on the Reading Pops Orchestra.
And I will miss you.

What a wonderful life your father lived! I wish I had known him longer. I’m so sorry for your loss. Our thoughts and prayers are with you. We love you all.
Comment | Share Posted Jan 12, 2021 at 09:35pm via Condolence

My sympathies to the family . 💕 I have had the pleasure of meeting Mr Mulligan and what I sensed right away was his deep love for his family . He was very personable , caring and made me laugh. In the short times I spent with him , he made a lasting impression. He will be greatly missed . Hugs to the family 💕🦋🎼
Michon and Steve
Comment | Share Posted Jan 12, 2021 at 09:21pm via Condolence