To share your memory on the wall of Steven Gaul, sign in using one of the following options:

Provide comfort for the family by sending flowers or planting a tree in memory of Steven Gaul.

Provide comfort for the family of Steven Gaul with a meaningful gesture of sympathy.

Born in Reading, he was the loving husband of Rosemary (Davis) Gaul and son of Eugene and Shirley (Yeager) Gaul.

Born in Reading, he was the loving husband of Rosemary (Davis) Gaul and son of Eugene and Shirley (Yeager) Gaul.

Steven graduated from Muhlenberg High School in 1974 and briefly attended Albright College before entering the workforce.

A big sports fan, Steve faithfully supported the Dallas Cowboys for many years. He enjoyed racing his RC cars and his music. He also loved the casino and traveling to Las Vegas.

Steve valued family dearly and is survived by his loving wife, Rosemary, his step-son, David Hoyer and his wife Robin, his grandson, Joseph Hoyer, his granddaughters, Liberty and twins Samantha and Emily, his brother-in-law, William Davis, his sister-in-law, Andrea Stetler, his parents, Eugene and Shirley (Yeager) Gaul, his brother, Mitchell Gaul and his wife Patricia "Patty", his nephews, Brett, husband of Heather and Derek, husband of Kristin, his niece, Lexy, husband of Ronnie Klumpp, his great nephews, Leo and Logan, his aunt, Josephine D'Agostino, his cousin, Mark D'Agostino; aunts, including Maryjane Gaul, uncles and cousins. Next to family, Steve also greatly cherished his friendships with Ed, James, Carl, Lee, Cindy, Randy, and Barb.

A viewing will be held Tuesday, December 22, 2020, from 10 to 11 a.m. at the Edward J. Kuhn Funeral Home, 739 Penn Ave., West Reading, with a brief service to follow at 11 a.m. Burial will be at St. John Hains Church Cemetery in Wernersville. Online condolences may be recorded at www.kuhnfuneralhomes.com.

Receive notifications about information and event scheduling for Steven 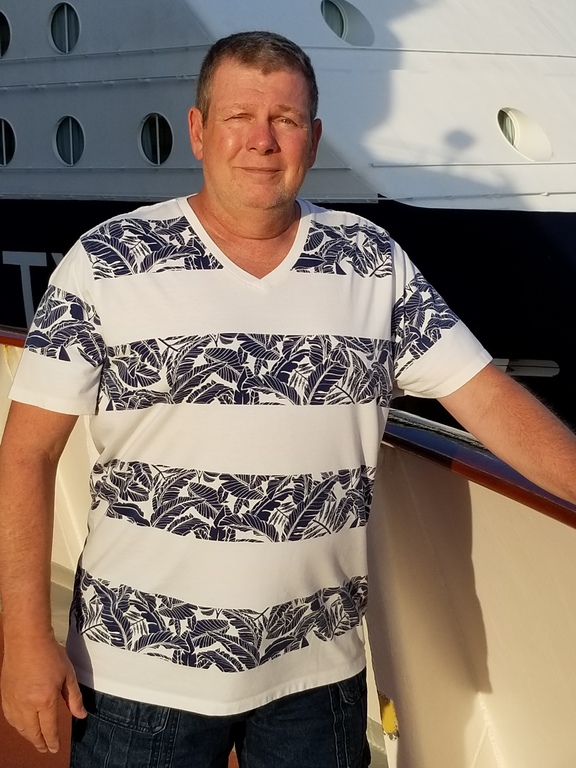 We encourage you to share any memorable photos or stories about Steven. All tributes placed on and purchased through this memorial website will remain on in perpetuity for generations.

Randy and Barbara Rick and Love, Amy and Kevin Grover sent flowers to the family of Steven E. Gaul.
Show you care by sending flowers
Hand delivered by a local florist

Randy and Barbara Rick and Love, Amy and Kevin Grover sent flowers to the family of Steven E. Gaul.
Show you care by sending flowers
Hand delivered by a local florist

I am so sorry to hear about Steve's passing. My heartfelt condolences to Rosemary and his entire family and circle of friends. May the Lord comfort you all at this difficult time and may he rest in peace.
Sincerely,
Jessica Potteiger
Comment | Share Posted Dec 22, 2020 at 05:22pm via Condolence
JS

Gene and Shirley, I was shocked and very saddened to see Steve's obituary. I remember how Steve teased me so many years ago. My deepest sympathy and love to you and Mitch and his family. You are all in my prayers at this difficult time. Julie
Comment | Share Posted Dec 21, 2020 at 01:32pm via Condolence
RR

May you Rest In Peace Steve. You will be deeply missed but will remain forever in our hearts. Your eternal friends - Randy & Barbara

We were so saddened to hear of Steven’s passing. Sending prayers your way. With Sympathy, Mary Lou and John Hurst
Comment | Share Posted Dec 20, 2020 at 04:35pm via Condolence
LW

Sympathies to a friend and former Gilbert co-worker Gene, his wife , and the entire Gaul family on your loss.
Comment | Share Posted Dec 20, 2020 at 02:03pm via Condolence