To share your memory on the wall of Theresa Stello, sign in using one of the following options:

Provide comfort for the family by sending flowers or planting a tree in memory of Theresa Stello.

Provide comfort for the family of Theresa Stello with a meaningful gesture of sympathy.

Theresa, “Terry,” graduated from Coal Township High School and the Ashland School of Nursing. While working as a registered nurse at the University of Pennsylvania Graduate Hospital in Philadelphia, Theresa was inspired upon seeing several sailors on the subway and decided to join the Navy. She was commissioned into the United States Navy Nurse Corps on March 11, 1957. She served at the U.S. Naval Hospitals in St. Albans, NY, and Portsmouth, VA, and was Honorably discharged as a Lieutenant, Junior Grade in April, 1959. After leaving the service and starting her family, Theresa worked at Community General Hospital in Reading until her retirement in 1995. She was extremely proud of her service in the Navy and of her career as a Registered Nurse.

Theresa enjoyed family time and loved taking trips to Virginia Beach, often rising early to sit on the boardwalk and watch the sun rise and the dolphins swim.

She was a member of St. John Baptist de la Salle Roman Catholic Church of Shillington.

Theresa’s memory will be forever treasured by her children: Brian, husband of Toiya. Allentown; Michelle Mulherin of Sinking Spring; Lisa Sachetta, wife of Richard, Sinking Spring; and Tim, Kensington, MD; her grandchildren, Katrina, Daniel, Gianni, and Logan; and her brother Michael Romanoski and sister Bernice Romanoski, both of Philadelphia.

In addition to her parents, Theresa was predeceased by her brothers Raymond and Francis and her sister Camille.

A Mass of Christian Burial will be celebrated on Tuesday, March 30, 2021, at 10:00 AM at St. John Baptist de la Salle, 42 Kerrick Rd, Shillington, PA 19607 with burial to follow at Ft. Indiantown Gap National Cemetery, Annville. Friends and family are invited to view from 9:00 AM until the start of Mass at the church. Edward J. Kuhn Funeral Home, Inc., is entrusted with arrangements. Condolences, tributes, and fond memories may be expressed at www.kuhnfuneralhomes.com. In lieu of flowers, please consider making a donation in Theresa’s memory to the Helping Harvest, 117 Morgan Dr, Reading, PA 19608 (helphingharvest.org/donate) or Berks Encore, 40 North 9th Street, Reading, PA 19601 (berksencore.org/donate).

Receive notifications about information and event scheduling for Theresa 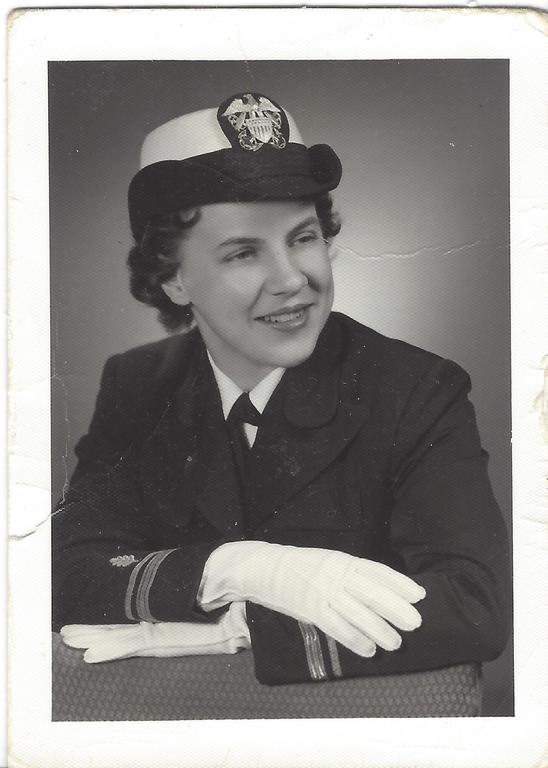 We encourage you to share any memorable photos or stories about Theresa. All tributes placed on and purchased through this memorial website will remain on in perpetuity for generations.

To Terry's Children: Brian, Michelle, Lisa and Tim and Families,

I'm so very saddened to hear of your mom's passing. What a pip!!! Your mom was a One-of-a-Kind!!!
I will certainly miss having her next door. She was a great neighbor and a wonderful lady, full of life and lots of stories. I especially liked hearing about her days in the Navy. I will miss her and her indomitable spirit! (More than you know...) But, just as I know she's happy to be reunited with your dad, she will continue to watch over you all, like another star in the sky.

You are in my thoughts.

To all of my cousins Brian, Michelle, Lisa and Timothy my deepest warmth and prayers go out to you! She was the most loving of godmother's a man could ask for! I was blessed to make friends with her via phone over the last few years!
Comment | Share Posted Mar 23, 2021 at 11:53pm via Condolence