To share your memory on the wall of Carl Dragonette, sign in using one of the following options:

Carl graduated from Hazleton High School and Penn State University, earning a degree in Electrical Engineering. He served in the United States Army during the Korean War. Carl was dedicated to his career with IBM for 35 years. He began his profession at the McGuire Air Force Base, New Jersey, where he was instrumental in securing the safety of the entire East Coast. He maintained the computers that were used by the Air Force to detect incoming aircraft. In addition, Carl was proud to be an instructional manager and Regional Executive for several Mid-Atlantic branches for IBM. As a managerial leader, he was the recipient of several awards, accepting the NSD President’s Award for the best national branch for three consecutive years. His career path in various states led him to Berks County.

Carl was a man of many talents. He enjoyed music, drawing, singing, and dancing. He participated in the IBM Chorus and Quartet. Wrestling and football were two of his favorite sports. As well, Carl was a nurturing father and devoted husband. He was passionate about his family, his faith, and he was a dedicated member of St. Ignatius Loyola Church. He had an incomparable wit and possessed a selfless heart of gold.

In lieu of flowers, online gifts or memorial donations can be made to: John Paul II Center, 1092 Welsh Road, Shillington, PA 19607.

A Mass of Christian Burial will be celebrated on Thursday, June 3, 2021 at 11:00 AM at St. Ignatius Loyola Church,2600 St Albans Dr, Reading, PA 19609, with entombment to follow at the Chapel of St. George, Gethsemane Mausoleum. Friends and family may view from 9 AM until the beginning of mass. The Edward J. Kuhn Funeral Home, Inc, is entrusted with arrangements. Condolences, tributes, and fond memories may be expressed at www.kuhnfuneralhomes.com.
Read Less

Receive notifications about information and event scheduling for Carl

We encourage you to share your most beloved memories of Carl here, so that the family and other loved ones can always see it. You can upload cherished photographs, or share your favorite stories, and can even comment on those shared by others.

Posted Jun 06, 2021 at 07:45pm
Dear Toni and family please know you are in our prayers and thoughts. So sorry for the loss of your terrific loving dad. Remember he lives in your heart always.Cindy Russell Kimock and Betty Veet Russell.
Comment Share
Share via:
MW

Posted Jun 02, 2021 at 03:18pm
Mr. Dragonette was a incredible person who had a great family focus. I will always remember his passion for football and his coaching of the sport and the hospitality of the Dragonette home. My sincere condolences to the Dragonette family.

Posted May 31, 2021 at 12:00am
Where to start. I remember how friendly the Dragonette family always was, being friends with both Mary Lee and Toni. And how much Mr Dragonette supported the Wilson marching Band. He was always a little mischievous, even teaching my young niece how to roll down the freshly mowed hill and getting grass in her hair and clothes. And my mom, Joyce Hangen, enjoyed being called Secy (with a slight different pronunciation) when both were so involved with the Band Aids. Much love to all.
Comment Share
Share via:
KT

Posted May 30, 2021 at 11:04am
My sincere condolences to the Dragonette family, I always loved talking with him after a wrestling event or when ever we crossed paths, he always had something positive to say about the job my staff and I were doing. God bless and rest in peace Sir.
My Prayers go out to the Dragonette Family,
Kenny Thomason
Comment Share
Share via:
DN

Posted May 30, 2021 at 09:26am
Very sorry to see of Carl's passing. I always enjoyed my conversations and time spent with him and it was truly apparent how much he loved his family. His faith will secure peace in eternity. Prayers go out to your family in your time of sadness. 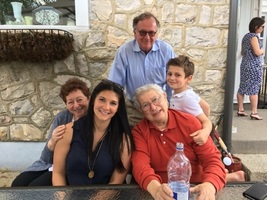 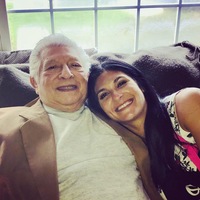