To share your memory on the wall of Clair Gross, sign in using one of the following options:

Born in Reading, he was the son of the late Claire Gross and Naomi Lillis Gross and was the beloved husband of the late Ruth (Angstadt) Gross, who pa... Read More
Clair E Gross, 82, passed away at the Reading Hospital, Wednesday, September 2nd, 2020.

Born in Reading, he was the son of the late Claire Gross and Naomi Lillis Gross and was the beloved husband of the late Ruth (Angstadt) Gross, who passed in February 2006.

He graduated from Reading High School in 1955 and went on to earn a B.S. and Masters in Music Education at West Chester State College (University).

Clair worked as a instrumental Music Teacher at Southern Junior High School, Reading, PA for 30 years until retirement in June 1992. During his time employed by the Reading School District, he also served as Assistant Director of the Reading High School Marching Band for four years (1964-68)

Besides his vast musical interests, Clair also loved to travel all around the world. He was a great fan of railroads, specifically the steam locomotive, and was a member of the Reading Company Technical Historical Society.

A service will be held Tuesday, September 8th, 2020 at 11 a.m. at Edward J. Kuhn Funeral Home, Inc., West Reading. Burial will follow at Berks County Memorial Gardens. Friends may call Tuesday from 10 to 11 a.m. at the funeral home. In lieu of flowers, contributions may be made in the form of donations to the Reading Musical Foundation, 201 Washington St. Reading, PA 19601. Edward J. Kuhn Funeral Home, Inc, 739 Penn Avenue, West Reading, PA 19611 is in charge of arrangements. Online condolences may be recorded at www.kuhnfuneralhomes.com.
Read Less

Receive notifications about information and event scheduling for Clair

We encourage you to share your most beloved memories of Clair here, so that the family and other loved ones can always see it. You can upload cherished photographs, or share your favorite stories, and can even comment on those shared by others.

Posted Sep 08, 2020 at 11:15am
My condolences to the family of Mr. Claire Gross. I knew Mr. Gross as musical director/ teacher at Southern Junior High and later
as Assistant Director of the Reading High Marching Band. Mr. gross was a great teacher who made class fun. He was a mentor
and good friend to us at that time in our lives.
R.I.P. .... God Bless
Len Simmons - SJHS1965
RHS1968
Comment Share
Share via:
R

My condolences to the family of Mr. Claire Gross. I knew Mr. Gross for 15 years when we first move the reading area and become neighbors and good friends. He always share good stories about his life and his love for music and his adventures traveling around the world and the must relevant memory is that he knew my home country as he was delighted by the train industry and traditions. Rest In Peace Mr Clair as my Three daughters use to call him all the time The Estrada Family
C

Posted Sep 07, 2020 at 02:16pm
What a wonderful career! I’m so proud to have shared the stage for so many years.
Charles Weiser.
Comment Share
Share via: 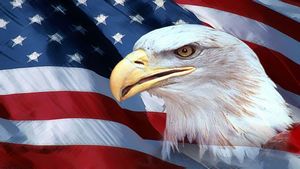