To share your memory on the wall of Eve Pardo, sign in using one of the following options:

Eve grew up in Woodstock, N.Y., where she served as the president of her local AFS chapter, an international exchange youth organization. Through this exchange, her family hosted a Thai student, Karuna, who became a second sister. Years later, after marrying Michael and moving to Reading, she would add a second son by welcoming Alan, a Venezuelan exchange student, into their lives. She pursued art at William Smith College (spending a year abroad in Urbino, Italy), fashion design at the Fashion Institute of Technology in Manhattan, and worked at Wamsutta as a textile designer and colorist.

Eve was very involved at Reform Congregation Oheb Sholom, serving several decades as a teacher in the religious school, a member of the choir, and Sisterhood member and president. She also worked as a learning support paraprofessional at the Wyomissing School District for 19 years, retiring in 2019.

Eve loved nature, cooking, world travel, and studying genealogy. She continued to use her artistic talents to the end, creating beautiful ketubot (Jewish marriage documents) for clients, family members and friends. In rare, but memorable occasions, she would also join her theatrical family on the community theatre stage, making an hysterical Mother Superior in Antietam’s summer 2008 production of the musical Nunsense.

Eve, standing tall at 4’6”, was perhaps best known as the tiny woman with the big heart. She was beloved by everyone who knew her and will be greatly missed.

A private graveside service will be held at Mt. Sinai Cemetery. The funeral service will be broadcast live on Reform Congregation Oheb Sholom's YouTube channel ("Oheb Sholom") at 7 p.m. on Wednesday, February 24, 2021.

In lieu of flowers, contributions may be made to The American Cancer Society, Special Olympics, or ASPCA (The American Society for the Prevention of Cruelty to Animals).
Read Less

Receive notifications about information and event scheduling for Eve

We encourage you to share your most beloved memories of Eve here, so that the family and other loved ones can always see it. You can upload cherished photographs, or share your favorite stories, and can even comment on those shared by others.

Posted Feb 22, 2021 at 05:26pm
We were deeply saddened upon reading of Eve's passing. Eve was a dedicated volunteer for the Reading-Berks Science and Engineering Fair. For decades she spent many hours each Fair using her skill in calligraphy to personalize the award certificates. Each year she would come at the end of her school day and work into the evening to complete all the certificates. We extend our deepest sympathy to her family for her loss.
Preston Scoboria
Comment Share
Share via:
AG

Posted Feb 22, 2021 at 10:58am
Dear Mike, Sarah, Dan, and family, it has been an honor to get to know Eve and the rest of you the past couple of years. Eve, and taking care of Eve, has taught me so much, and been part of my development as an oncologist. She really was an amazing person. You all are in my thoughts. Very sorry. Lots of love. Arjun
Comment Share
Share via:
SP

Posted Feb 20, 2021 at 07:11pm
Poncho and I extend our heartfelt condolences to Mike, Dan, Sarah and the entire family on the passing of your beloved Eve. We have so many good memories of her bringing Dan and Sarah into our home for piano lessons. She always brought her wonderful sense of humor and much joy to every occasion. I will never, ever forget the amazing Seder at the Pardos' house, and the many family celebrations she offered to share with us. We are devastated by her passing at such an early age. Susan and Poncho Pena.
Comment Share
Share via: 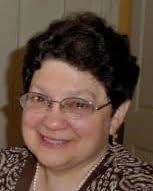