To share your memory on the wall of John Godack, sign in using one of the following options:

Provide comfort for the family by sending flowers or planting a tree in memory of John Godack.

Provide comfort for the family of John Godack with a meaningful gesture of sympathy.

John Joseph Godack, 86, of Wyomissing Hills, passed away on April 2, 2021, at Reading Hospital.

He was the loving husband of Bernadine M. (Jarkiewicz) Godack; they were married on May 12, 1956.

Born in Baltimore, he was a so... Read More
John Joseph Godack, 86, of Wyomissing Hills, passed away on April 2, 2021, at Reading Hospital.

He was the loving husband of Bernadine M. (Jarkiewicz) Godack; they were married on May 12, 1956.

Born in Baltimore, he was a son of the late Michael C. and Annette (Kudlak) Godack.

He was a graduate of Polytchnic Institute, Baltimore, and earned his bachelor of science degree in Mechanical Engineering from Johns Hopkins University.

John proudly served his country in the U.S. Navy in the air division and was stationed in Iceland and Morocco; he also played football for his unit.

He was a senior staff mechanical engineer for Western Electric, AT&T, and Lucent Technologies for over 37 years retiring in 1997.

John was a longtime, dedicated member of St. Ignatius Roman Catholic Church, Whitfield, and was an active member of the church's seniors organization. He was a member of the Knights of Columbus, Light of Christ Council, #08726, where he served as Grand Knight and held numerous other positions. He was also a Boy Scout leader for many years.

He loved to travel with Bernadine and his family to Disney World, and always cherished all time spent with his family.

He was predeceased by three siblings: Frank, Marlene, and Bob.

A Mass of Christian Burial will be celebrated Wednesday, April 7, 2021, at 10 a.m. at St. Ignatius RCC with interment to follow at Gethsemane Mausoleum. A visitation will be held Wednesday from 9 to 10 a.m. at the church. In lieu of flowers, contributions may be made to the American Heart Association or St. Ignatius Church in John's memory. Edward J. Kuhn Funeral Home, Inc., West Reading is honored to serve the Godack family. Condolences may be expressed at www.kuhnfuneralhomes.com. 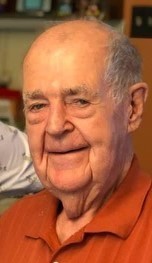 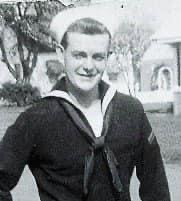 We encourage you to share any memorable photos or stories about John. All tributes placed on and purchased through this memorial website will remain on in perpetuity for generations.

Thinking of you all. Love Dana

Flowers were purchased and a memorial tree planted for the family of John Godack.
Order Now | Show All
Comment | Share Posted Apr 06, 2021 at 08:17am via Floral Arrangements