To share your memory on the wall of Michael Lehane, sign in using one of the following options:

Michael studied at Boston University and the Boston University School of Law. Most of his 40 years as a practicing attorney were spent in labor and employment law along with public sector work. He was admitted to practice before all Massachusetts courts, the Federal District Court of Massachusetts, the United States Second Circuit Court of Appeals and the Supreme Court. Once named as one of the top 10 practicing attorneys in Boston, Michael was awarded for his lifetime of service with the Cushing Gavin Award for outstanding service to the law community.

His Irish-wit and intelligence was clear to anyone who had the pleasure of conversing with him. Gifted with an excellent command of the English language, Michael had the rare ability to summon an obscure fact or a stanza of poetry suitable for any occasion. His pearls of wisdom illuminated a conversation at exactly the key moment and left a poignant impression in their wake.

A consummate professional, Michael was an equally dedicated family man.

Michael’s memory will be forever cherished by his wife, Martha, his children: Matthew C. Lehane, husband of Donna-Lee Lehane, of Marshfield, MA; and Melissa L. Henry, wife of Trent J. Henry, of Virginia Beach, VA; his grandchildren, Elizabeth Lehane, Katelyn Lehane, Alexandra Schwartz, and Gregory Schwartz. He is also survived by his sister, Jean Lehane Haggerty, many nieces, and the extended kin of the Glosser family.

In addition to his parents, Michael was predeceased by his sister, Nan Lehane Newman.

In lieu of flowers, those so inclined may make a contribution in Michael’s memory to the Charleston Animal Society, 2455 Remount Road, North Charleston, SC 29406-6138, Joe Elmore, President and CEO, or Shriners Hospitals for Children, 2900 Rocky Point Drive, Tampa, FL 33607-1400.

A memorial service for Michael will be announced at a later date. The Edward J. Kuhn Funeral Home, Inc, West Reading, PA, is honored to be entrusted with arrangements. Condolences, fond memories, and tributes may be expressed at www.kuhnfuneralhomes.com.
Read Less

Posted Jan 17, 2021 at 01:46pm
I was surprised to read about Michael’s passing in the Boston Globe. As the Fire Chief for the Town of Sharon, I worked closely with Mike on personnel issues over 13 years. He was always very professional and a joy to work with. My condolences to his wife Martha and all family members.
Dennis Mann
Comment Share
Share via:
LP

Posted Jan 15, 2021 at 10:29pm
Martha, Matt and Melissa: I was greatly saddened to hear that Mike had passed away. In all of the years that I worked with him as a young attorney, he always took the time to help me. He was a library of knowledge, stories and witty sayings--just plain fun to be around. Even with someone on the other side of a case, he showed that an attorney could be effective even while being a professional and a gentleman. The profession could use a lot more like Mike Lehane. Your beautifully written obituary reminds us that he was just as good at his other roles of husband, father and grandfather. I hope you are comforted by your warm memories of him. My thoughts and prayers are with you in this most difficult time. Leo Peloquin
Comment Share
Share via:
JC

Posted Jan 15, 2021 at 01:59pm
Very sorry to learn of your loss of Michael, a long time, excellent fellow practitioner and member of the Massachusetts City Solicitors and Town Counsel Association, now known as the Massachusetts Municipal Lawyers Association. He and All the Family are and will remain in my prayers.
Comment Share
Share via:
SB

Posted Jan 14, 2021 at 10:30am
How sad I am to learn of Michael's death but how glad I am to have had the pleasure of his professional contact during my years as a Department Head for the Town of Bedford. He was a joy to run into at Bedford's Annual Town Meeting and at the Massachusetts Municipal Association Annual Meeting in January, where he regaled us with tales even after he had retired and relocated. His sense of humor, easy smile, and sparkling eyes always made me feel welcome and respected. I missed him when he no longer felt able to make the January trip and will continue to hold him as the standard for the perfect Town Counsel. Sue Baldauf, Retired Bedford Youth and Family Services Director
Comment Share
Share via:
CC

Posted Jan 13, 2021 at 09:25pm
I send my condolences to Michael's family and friends. Michael was Town Counsel for the town of Bedford MA. I served on both the Finance Committee and as a Selectman for much of the time that Michael represented the town. He was a joy to work with, a gentle and kind person with a ready smile that lit up a room. I hope that you know there were many who respected Michael. He touched so many lives. May he rest in peace. Cathy Cordes, Bedford Town Moderator
Comment Share
Share via: 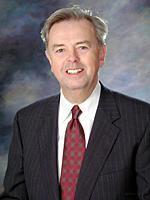